I know that Dump and his minions lie through their teeth. But sometimes it's so off the wall that I have all I can do to read the stories. They make my stomach ache.

But today I read The Washington Post's story about Dump aide Stephen Miller, whose impassive face and deadly brown eyes make him look like a Nazi. (Ironically, he is Jewish.) 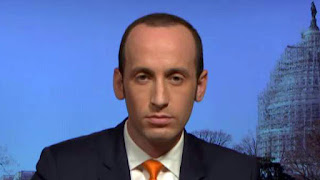 My husband says Miller looks a character from 1984.

Whatever, Miller is the monster who is responsible for Dump's executive order banning travel to the U.S. from seven Muslim-majority nations. He also has written some of Dump's nastiest speeches.

On Sunday, he was asked by television host George Stephanopoulos about Dump's assertion that he lost the state of New Hampshire because of extensive voter fraud in that state.  Here is the story and the video.

The stomach ache started about half-way through the video so I shut it off. But not before Miller said that he knows NH has widespread voter fraud because he worked there. (Elsewhere, The Post ran a lengthy piece on how Miller, 31, came to the White House after a lifetime defending the right wing.)

It's scary to think how many lies balloon out of the White House each and every day.

But the scariest thing is that Dump has so many fans who don't seem to care that he lies. In fact, I suspect they relish the idea that the media works so hard to point out falsehoods by Dump and his slimy advisers.

Do any of Dump's followers read reputable newspapers, blogs or magazines? Do they get all of their news on Twitter, Facebook and Fox News?

Sigh. The harder reporters diligently try to pin down the liars, the more the sleazes lie. And their right-wing followers believe every word out of the Dump and his heartless staff.

None of this is new. But occasionally the fact that we have a bunch of blatant liars in the White House hits me in the head once again.

I don't know what to do with my anger and revulsion.

So I write about it.

But as I sit here, my stomach clenching,  my heart aching for all of the millions of innocent people (including children) hurt by the Dump White House, I wonder why I try.

Go White Inside and Write

looking out the window into 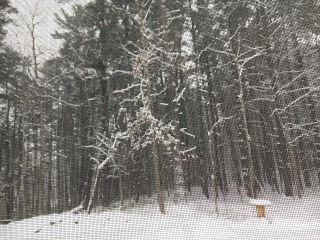 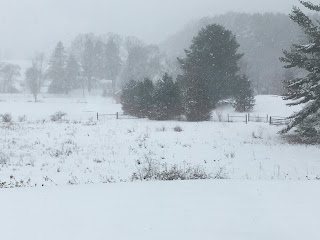 sit down in a chair
and stare outdoors

a fury
of white
ever down

do that for a
minute
or two
or ten

and then
if you
feel
moved,
pick up a
pen a pencil
a marker
a paintbrush

and do whatever
makes you smile. 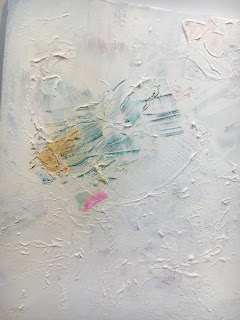