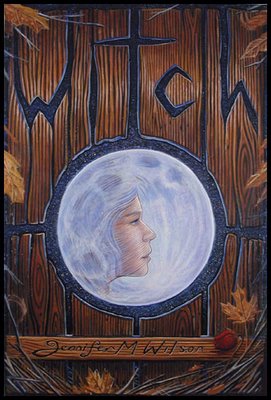 The sound echoes in my head as I wake, cramped and cold on the floor of a dim prison chamber. My body is drenched in the wet mineral fog of morning. My throat is sore, and my joints ache. The air is thick with the smell of unwashed flesh, cold wet iron, and fear. The pale morning light forms a pattern of shadows where it seeps through the bars on a window. It is no longer raining outside, but water still leaks in over the sill and flows in rivulets down the wall. I can see steam rising from the ground outside as the sun climbs higher.

My senses slowly flicker back to life. My wrists burn from the shackles that tear at their wounds repeatedly whenever I move. After fifty-two years on this earth my body is unaccustomed to the abuses of prison. My arm is dead and so I rub the nail of my index finger against the flesh pad of my thumb until the touch penetrates through and the needles rise up to the surface. I focus on the life returning to my hand, slowly creeping in as the blood moves. I wonder if death is as vacant as that empty numbness. I wonder if my hand retained any memory of itself while it was asleep. These thoughts slither out of the remembrance that I am already scheduled to die.

It is Abigail, a teenager who was brought in, as all of us were, on charges of witchcraft. She was imprisoned along with both of her parents. She is crying and begging God for forgiveness in prayers we can all overhear - though forgiveness for what, I am sure even she cannot imagine. She may have been doing it all night, tormenting those who can’t sleep because of the sound, tormenting the guard, whom I know feels some pity for her. Her translucent blond hair hangs in shimmering strands around her face. Her bodice, loosened in transport, was never fastened again properly and when she leans forward, she unknowingly exposes her own flesh.

Keys jingle from down the hall, and I hear a man clearing his throat. It is William the guard, come to check on his tenants. I have known him many years, just another unhappy man I served ale to in my tavern. He’s lonely, and he feels for Abigail, and I can see that he treasures the bits of comfort he can offer her as he leans over to wipe her cheek and feed her a sip of water. 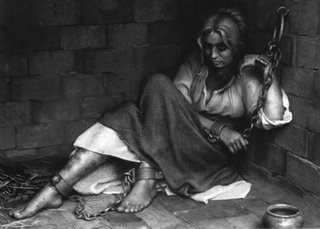 As I watch them, she looks over his shoulder at me. In her eyes there is a cowering horror, as though I could summon beasts from beyond the grave to take her away if she should ever finally fall to sleep. She leans toward William’s dense body. She only knows what she has heard about me, and nothing more. But she believes in this, in everything that has brought her here. I feel as though I can see her so clearly and yet she cannot seem to see me at all. Her fear dirties her perception like mud on glass, allowing enough light through to reveal form but not detail.

Writer Jennifer M. Wilson holds a degree in Communications and Comparative Religion from Ithaca College, where she studied at both the New York and London campuses. "Witch" is her first novel. She currently resides in Chester County, Pennsylvania, where she is raising twin toddlers and writing her second novel. You can read more of her writing at her website www.jennifermwilson.com. "Witch" can be purchased at www.authorhouse.com.
Posted by Claudia R at Tuesday, November 14, 2006