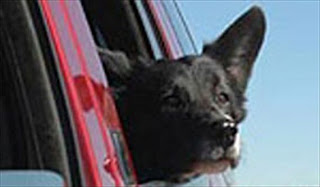 Although I must have grown attached to her, and there is considerable evidence that she had become attached to me, I never counted myself among the fans of our family dog. Now I’m questioning that. After nearly fifteen years of complaining about her, we had Haley put down a couple of weeks ago, and I miss having her around.

That’s not the reaction I expected. And I’ve been wondering why I have been using the rather curious phrase, “had her put down” to speak about our decision to end her life. What actually happened was that Kathy drove the dog to the vet where she was euthanized and cremated. Nonetheless when someone asks me, “Where’s Haley?” I usually reply, “We had her put down. She was old, in pain, and not eating.”

The euphemisms we Americans employ to avoid saying “died” are legion. We might say, “Mom passed on.” Or “Sue fell asleep in the Lord.” Or “ Dad was called home.” And on and on.

I suppose this is all part of our avoidance of any discussion of death and dying, or even of the aging process. I recall the occasional assignment to meditate on my own death during the thirteen years I prepared for the priesthood. What I don’t recall was any serious attempt on my part to do the death meditation. After all I was young during those years so denial of my own death was as natural as my curiosity about girls. And girls were definitely a more enjoyable focus for meditation.

Since those days of theology studies, I’ve added a few years to my experience with both death and girls. I probably don’t understand girls much better than I did many years ago, but I think I have learned from my varied encounters with death, including those occasions when my mortality has been made obvious to me.

• Death happens.
• I’m within striking distance of seventy years so by actuarial tables my death is more imminent than it used to be
.
Because I’ve gained this knowledge I’ve made the following decisions:

• I want to enjoy the aging process so I’m postponing my death for a few more years.
• If that does not work, well, I’ll just enjoy being alive in the present moment because that's what life is.

Haley made her final trip to the vet after the equivalent of ninety years of human life. Not a bad deal for someone whose primary life-long interests were food and affection, coupled with an astounding ability to sleep. She had lost interest in the opposite sex following an operation early in her life.

And on that final ride to the vet, she struggled but eventually managed to stand up. She put her head out the car window, and enjoyed the wind in her face.

Writer Al Stumph was ordained a Roman Catholic priest in 1968 but resigned shortly thereafter. He took up a career in social services and today helps his wife Kathy operate a children's clothing store in Chatham, New York. The couple has four children and six grandchildren.
Posted by Claudia R at Monday, February 22, 2010

This is a profoundly exquisite expression of your love of Haley as well as a truly inspirational and message bearing piece of literature.
Bravo!!!
Nancy Thaler
Chatham