She Looks At Things With Different Eyes Now 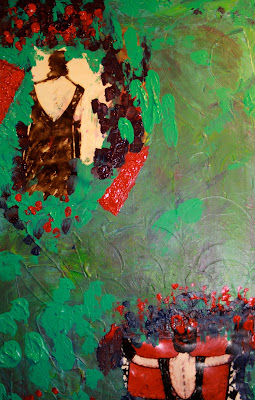 SHE LOOKS AT THINGS

with different eyes now. No longer
does she see herself caressing
the chairs, the tables, the
paintings with the duster.
She now sees her shadow that
visits without anyone knowing it,
rooms that at other times
gave her shelter.

SHE LOOKS AT THINGS
outside of their familiar places
going from hand to hand,
orphaned children,
wandering from one place to another.
She sees herself in the small screen,
the scenes follow each other fast:
She is a teenager in love. A
woman loaded with children.
A mother pained by responsibilities. A
woman anxious of living before
the clock strikes the hour.
A woman that knows she mustn't try to avoid
the inevitable. A woman that lives
a day at a time. A woman that
learns to trust in the Mother-Father to
be able to bear the load on her shoulders.
The images accelerate, get fuzzy, disappear.

SHE LOOKS AT THINGS
with different eyes now.
She wants less than other days. She
wants to make her load as light as possible.
She wants to take with her only happy memories
that don't weigh anything: Birthdays celebrated
with music. Cheerful friends. Sunny
days at the beach. Sentimental embraces.
Loving embraces. Passionate embraces.
Sexual embraces. 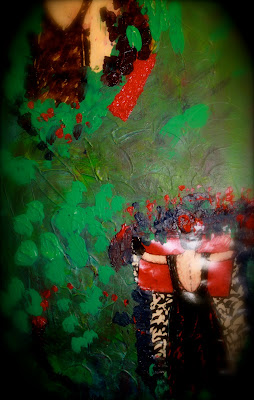 SHE LOOKS AT THINGS
with different eyes now.

Camincha is a writer based in the Bay Area of California.
Posted by Claudia R at Saturday, May 08, 2010