THIS JUST IN !!!!!!! ARIANNA HUFFINGTON HAS AGREED TO SELL THE HUFF POST TO AOL, instantly creating a brand new mega-media empire!
Here is the email she sent to us bloggers a few minutes ago:
"We are writing with some very exciting news. As you will see if you click on the HuffPost home page, The Huffington Post has been acquired by AOL, instantly creating one of the biggest media companies in the world, with global, national, and local reach -- combining original reporting, opinion, video, social engagement and community, and leveraged across every platform, including the web, mobile, and tablets.
Central to all of this will be the kind of fresh, insightful, and influential takes on the issues of the day that you and the rest of our bloggers regularly deliver. Our bloggers have always been a very big part of HuffPost’s identity – and will continue to be a very big part of who we are.

When the Huffington Post launched in May 2005, we had high hopes. But we would have been hard pressed to predict that less than six years later we would be able to announce a deal that now makes it possible for us to execute our vision at light speed.

The HuffPost blog team will continue to operate as it always has. Arianna will become editor-in-chief not only of HuffPost but of the newly formed Huffington Post Media Group, which will include all of AOL’s content sites, including Patch, Engadget, TechCrunch, Moviefone, PopEater, MapQuest, Black Voices, and Moviefone.

Together, our companies will have a combined base of 117 million unique U.S. visitors a month -- and 250 million around the world -- so your posts will have an even bigger impact on the national and global conversation. That’s the only real change you’ll notice -- more people reading what you wrote.

Far from changing the Huffington Post’s editorial approach, our culture, or our mission, it will be like stepping off a fast-moving train and onto a supersonic jet. We’re still traveling toward the same destination, with the same people at the wheel, and with the same goals, but we’re now going to get there much, much faster.

Thank you for being such a vital part of the HuffPost family – which has suddenly gotten a whole lot bigger.

Incredible.
Incredible to think that The Huffington Post was launched only in 2005. The world of publishing is indeed changing at the speed of light! Faster than any of us can possibly believe.
Incredible, too, the timing for Seeing Red! Just yesterday, the novel became the first ever to be serialized on The Huffington Post.
Sitting here trying to digest all of this amazing news.
But meanwhile, here you go, it's time now for the book! HERE IS CHAPTER ONE, called:
"Sex and Cinnamon"
Years later, she tries to focus on the details: the cinnamon sugar sticking to her shoulder. The thick fold of leaves overhead.
The cold buttered toast wrapped in tin foil. The smell of his sweat mixed into the smell of pine needles. The feeling of him feeding her the small concord grapes. 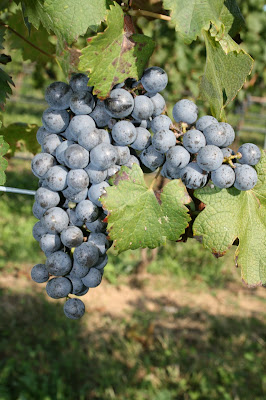 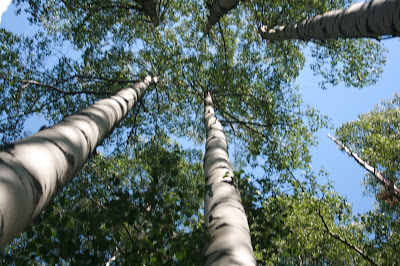 goddamn forest on that goddamn blanket, completely vulnerable, with you, 20 years older than me, a professor I hardly knew, and there you were doing things to me I never dreamed of doing and there I was terrified, so terrified..."
CHAPTER ONE CONTINUES on Tuesday, February 8th! This post appeared first in The Huffington Post on Sunday, February 6, 2011. Read the Prologue here.
Posted by Claudia R at Monday, February 07, 2011