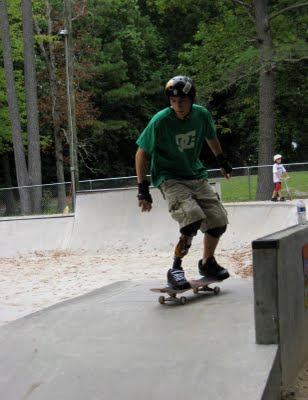 When I was a year old, I had my right leg amputated below the knee due to a birth defect called fibular hemimelia. Ever since my amputation, I have tried to live my life the best I can. I ski, play, tennis, skateboard, and participate in all kinds of other physical activities. I don't let anything get in my way. Though I participate in many different sports, my favorite and most important is alpine ski racing. I am very serious about it and I am currently training hard for the 2014 Paralympics in Sochi, Russia.

I also have a passion for film. It started about three years ago with a film that I made of my travels to Park City, Utah for some ski races. Looking back on it, I guess the film was pretty bad. But hey, it was my first video. It featured footage that my dad and I had shot, with pictures, and music to go along with it. From that video, I refined my skills and I have made many more. But they were all the same thing. Different place, different stuff but the same idea.

So recently, I started thinking and I decided that I needed to strike out in a new direction and do something different. A music video! But I didn't know what to do. The 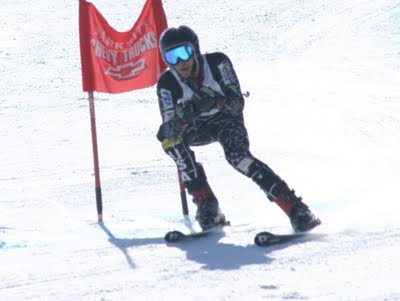 That idea snowballed into the music video you see here. I wrote the lyrics and knew I had something good.

I had two main reasons for making the video. The first was that I just wanted to try and do something that I had never done. I wanted to make something that was huge, bigger than any of my other videos. The second reason was that I wanted to show people that amputees and anyone else with a disability can do anything that they want to, as long as they put their minds to it and give their best. I have seen individuals with disabilities do amazing things -- things that people without disabilities can do, and more. I just wanted to show it all on film.

As for future films, I don't want to give too much away but yes I do have some things planned for the future. I intend my next music video to be as good as "Amps Just Want to Have Fun."

This is not my last music video. Far from it.

Tyler Carter, a senior at Brandywine Heights High School, lives in Topton, Pennsylvania. His website can be found at http://tcski.weebly.com/. He is training for the 2014 Paralympics with the Adaptive Ski Foundation in Windham, N.Y.