The Journey We Take Together -- Part Ten 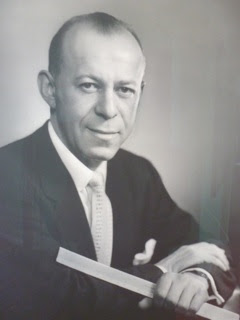 By Susan and Sandy Prisant

“I want you and Sandy to fly home tomorrow.” No other words passed between us.

I thought it strange that at first Sandy seemed unfazed. For me, alarms were ringing non-stop. As directed, we flew home the very next day, keeping our personal feelings to ourselves.

Joe had called all four boys. When we had all arrived at the family home on Long Island, Joe sat us down and explained:

“Tomorrow morning, I’ll be having an exploratory procedure at the hospital.” Coming from the man we’d all believed was invincible, there was little to say. That evening we sat down for a very normal dinner. As always, everyone was talking, or almost screaming to be heard over the others. This was just the way dinners had been going on at that home for years.

We left the table to come together in the den, as one by one we ran back and forth to the fridge for ice cream, fruit or cake. My mother-in-law would go berserk as the kitchen had been cleaned and closed for the evening by Adriana, the housekeeper the boys thought of as their second mother.

The next morning, Sandy, his mother and I took his father to the North Shore Hospital, part of Cornell Medical Center, where Joe was on the Board. We all went to a surreal quiet waiting area with more upholstery than most parts of any hospital. We waited nervously, silently with other families.

Finally our father’s surgeon, still fully gowned and in mid-procedure, came out. He had been Joe’s friend for 20 years. With tears in his eyes, he was barely able to tell us the bad news: there was nothing he could do. A cancer had invaded too much of Joe's pancreas to save it or the patient.

Instantly, we felt that feeling -- the one where your world just drops off the end of the earth. The thought of losing someone you love so much is impossible to take in.

Joe lived the kind of life that was not uncommon in his generation, but unheard of in our more sedate times. He escaped Russia during the revolution; he escaped Nazi sympathizers in an attack on the University of Warsaw Medical School in 1937; he was smuggled out of Europe as a stowaway on a ship to Palestine. He became a part of the Haganah, the Jewish terrorist organization that helped to end the British mandate of the Jewish homeland.

Urged on by a developing state that needed homes and infrastructure, not doctors, he become an architect and created the winning design for the Palestine exhibition at the 1939 World’s Fair. His prize was supervising the construction of the exhibit in New York. Joe never went back to Palestine. He got his next break when he won a huge Chicago Tribune competition in the mid 1940s for building the world’s first split-level home—a template for many new developments as the troops came home and brought young families to America’s first true suburbs.

In the end, he created 10 construction companies, built large Federal housing projects and held his own against the New York Construction Trades Council’s Mafia influence.

Athletically, he was a top 10 finalist in the New York State Water Skiing Championships in his forties and was still skiing with us in Utah’s mountains three months AFTER his terminal diagnosis.

He had settled in Great Neck, Long Island -- F. Scott Fitzgerald’s “East Egg”— and built many of the homes and offices there.

Ever the showman, he would invite friends to court to watch him perform and win with complicated charts and theories over minor traffic violations that would not be worth most people’s time. Joe made it an evening out.

But that day at the hospital there was no show. The surgeon said we could see Joe in the morning. Very little else was said. We went back to the house. We told Sandy’s brothers. In this warm and comforting family refuge, the day passed more coldly, more silently.

The man in the silk pajamas, fox fur coat and lots of cashmere was not invincible. Joe had known the diagnosis even before the "exploratory." As always, he was a step ahead of us. He had been all his life.

The following morning, we all dressed up as nicely as we could for a man who always appreciated a good-looking woman. We arrived at the hospital fearful, wondering what we could possibly say. I remember getting into the hospital bed with Joe, as I have done with Sandy at so many hospitals.

Joe spoke quietly and explained that he would die. The doctors had given him six months to live. We listened to his words and understood this was the beginning to the end of our lives with him.

A day later, Joe had arranged to have a conference room at the hospital—unheard of at the time-- with his lawyer and accountant, Sandy and me and Mom, to begin organizing his finances and how he wanted to take care of all of his children—his biggest concern.

Some of the brothers returned to their homes. Back at Sandy’s job -- he was working at the time for the Gallo brothers in California -- Ernest, never known for outward signs of emotion, offered to pay all of Joe’s medical expenses if we moved him out to Stanford Medical Center.

We respectfully declined, but Sandy was given the first sabbatical that Ernest had ever given an employee, so he could be with his family.

During this time, we were in contact with an old friend from London, who invited us to come if we felt comfortable. Close family relationships took twists and turns during these difficult final months. At last it became clear that Sandy’s parents wanted their final weeks together alone.

On Christmas Eve 1977, we took up our friend’s offer and boarded a Pan Am flight for London. It was to be the beginning of a 20-year odyssey for us living and working on the other side of the world.

Weeks after arriving in London’s West End, the phone rang at 7:30 in the morning. Joe, whose strength had cruelly kept him alive for a full year rather than six months, had died at 2:30 New York time that morning.

His importance to Great Neck, Long Island was made clear when the large synagogue he had helped to build made a rare exception and directed that his funeral be held in the main sanctuary. There were so many hundreds of weeping mourners that the Rabbi’s eulogy was at times difficult to hear.

It was the same sanctuary my mother had opposed -- she'd helped lead opposition to building it -- arguing that it was too expensive for the congregation.

Writers Susan and Sandy Prisant, a couple living in Florida, are both engaged in lengthy writing projects: Susan is telling the story of their adventures as a married couple, and Sandy, who awaits a heart and a kidney transplant, is writing about his lifelong struggle with a congenital kidney disease. In some cases, they are writing together. To see earlier installments in each of their books, go to the Search function on MyStoryLives and type in their names.