THIS I BELIEVE: "I Will Live For Her" 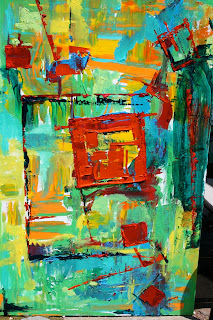 It was a cold winter. Probably the coldest winter I have ever experienced and not because of the snow on the ground, the cold air brushing against my cheeks, or even the wind blowing in my face until my nose was as red as a rose. “Auntie Maeh” was sick and I was very worried. She didn’t look like “Auntie Maeh;” I’d never seen her like this before. Her toes turned brown, she could not move, and I had to feed her. Now if you knew Auntie Maeh, you knew there was something wrong with this picture. My family and I had taken her to the hospital and I assumed that the doctors would fix her because that’s what doctors do, right? I thought they would make her better and that she’d be home in time for Christmas, she’d be home in time for my sisters 13th birthday, she’d be home in time for New Years. Unfortunately, that did not get to happen. On December 16th 2009, at 7:50PM, Auntie Maeh passed away at the age of 69, the victim of kidney failure. Instantly, that moment changed my life forever.
I was fifteen when I lost my aunt and I could not find the strength to do anything. I gave up on holidays; I gave up on life. I went from a 94 in math to a 55. My other grades dropped drastically. I had a spare key to my aunt’s apartment so sometimes I would ditch school and stay there, hoping she would come home. I would dial her phone and just listen to her voice on voicemail 1,000 times as she simply said “Maryanne McKeever.” But she didn’t pick up. She was never going to pick up no matter how much I wanted her to, no matter how much I needed her to.
My aunt was more than my aunt. She was like a mother. She never missed a birthday, graduation or any event I had growing up. During my chorus recitals, she would come right after work, traveling two hours just to be there for me because that’s the type of person she was; devoted and caring. Her age was nothing upon her young reflection and attitude towards life. Despite all the cruel events in her life, she never let them make her bitter. I could say a million things about her but the bottom line is Auntie Maeh was the sweetest women alive and will always have a special place in my heart.
With the help of my brothers and sisters and many endless days and nights of crying, I realized they were mourning for her too. I was not as alone as I thought I was. I had to help them and be strong for them but they were the ones who helped me. I turned to them because I knew they could understand what no one else did. Slowly, we began to heal together, reminiscing on all the memories we had with Auntie Maeh. Eventually, with time, I realized I did not have to forget her but I did have to move on. I had to live my life because that’s what she would have wanted. She wouldn’t have wanted me to be sad. She would say “Stop it Sira. Put a smile on your face, you’re a doll.” So I tried to smile every day until finally, my smile was real. I got back involved with school and I made her proud. I even started celebrating holidays again.
This I believe: you do not have to forget but you do have to keep living. With time, things get better. My aunt was gone physically but not spiritually. She is my guardian angel now and just like I turn to God for help, I also turn and talk to her. She will always be there in my heart. I will never forget the heartache her death brought me but I will live with her spirit in my heart and remember all the good times I had with her. I will live my life; I will live for her.
Sira Faizi is a freshman at the University at Albany, State University of New York.
Posted by Claudia R at Monday, December 03, 2012