WHY ALL THIS CRAZY STUFF HAPPENING?

The cardinal was back this morning, and this time it was the red male batting at the window. I was busy  meditating.

What I want to know is why do these cardinals keep trying to pull my attention away from meditating? (They have been coming since I wrote the last post, last Wednesday.)  That day my head was swimming and I could hardly concentrate on writing.

Since then, I have talked to two writer friends about this situation. When I told my writer friend Peg --  who has read 1,000,000 pages of my writing, including the novel-by-blog Sister Mysteries -- she got confused. "You mean like cardinals in the church?" she asked.

HA, I responded, it never occurred to me that someone would s thinking I was talking about the 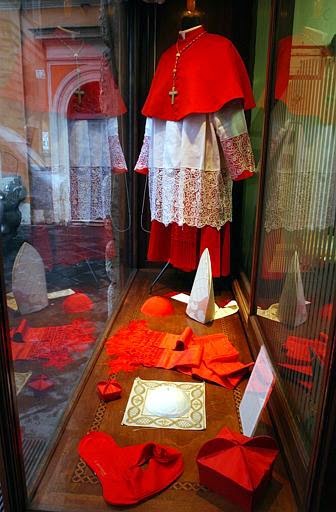 high priests of the Catholic church.

But then, Sister Mysteries -- which I finally finished the other day in Chapter 70 called "Finale" -- was all about the Catholic nun, Sister Renata, who back in 1883 was falsely accused of killing her cousin.

Renata, finally and officially, went free in that chapter, and so, reasonably enough -- I thought I was done writing Sister Mysteries. But oddly enough the book continues and maybe that is because the book that I am really writing is the story about me and how I discovered my faith in the divine. (More on that another time.)

Anyway, when Peg said that about Catholic cardinals, I had to explain to her I was talking about the birds and how a female cardinal came crashing into my window and batted her wings against the glass as I sat there with my mouth hanging open. And all the while I was trying to meditate. My therapist in New York City, who has been teaching meditation for 20 years, says that when you meditate you open yourself up to divine energies.)

My other writer friend -- a superb poet named NANCY DUNBAR -- says that cardinals appear "in times of grief and in times of celebration." In my case, I have been celebrating the OFFICIAL ENDING TO THE BLOG TOME I HAVE BEEN WRITING SINCE NOVEMBER 10, 2011. Actually, though, as Peg knows so well as she has read all the 1,000,000 pages I've written, this book has been brewing and steaming and overflowing for 20 years (I wrote the first chapter of the Renata story in Janury 1995). Understandably I have been more than frustrated with this novel. I have tried to write it so many times I can't count. And then I have tried NOT WRITING the novel just as many times and it refused to be put away!)

So the last few days I HAVE BEEN CELEBRATING! Like Renata, I am FINALLY FREE. I am no longer trapped in this novel and I am so happy I can hardly tell you.

I guess that is why the CARDINALS have been coming to my window. It makes me believe in miracles -- so maybe you want to visit my brand new blog called Mysteries and Miracles.  I hope you will read it.
Posted by Claudia R at Monday, December 15, 2014

congrats on the finish!