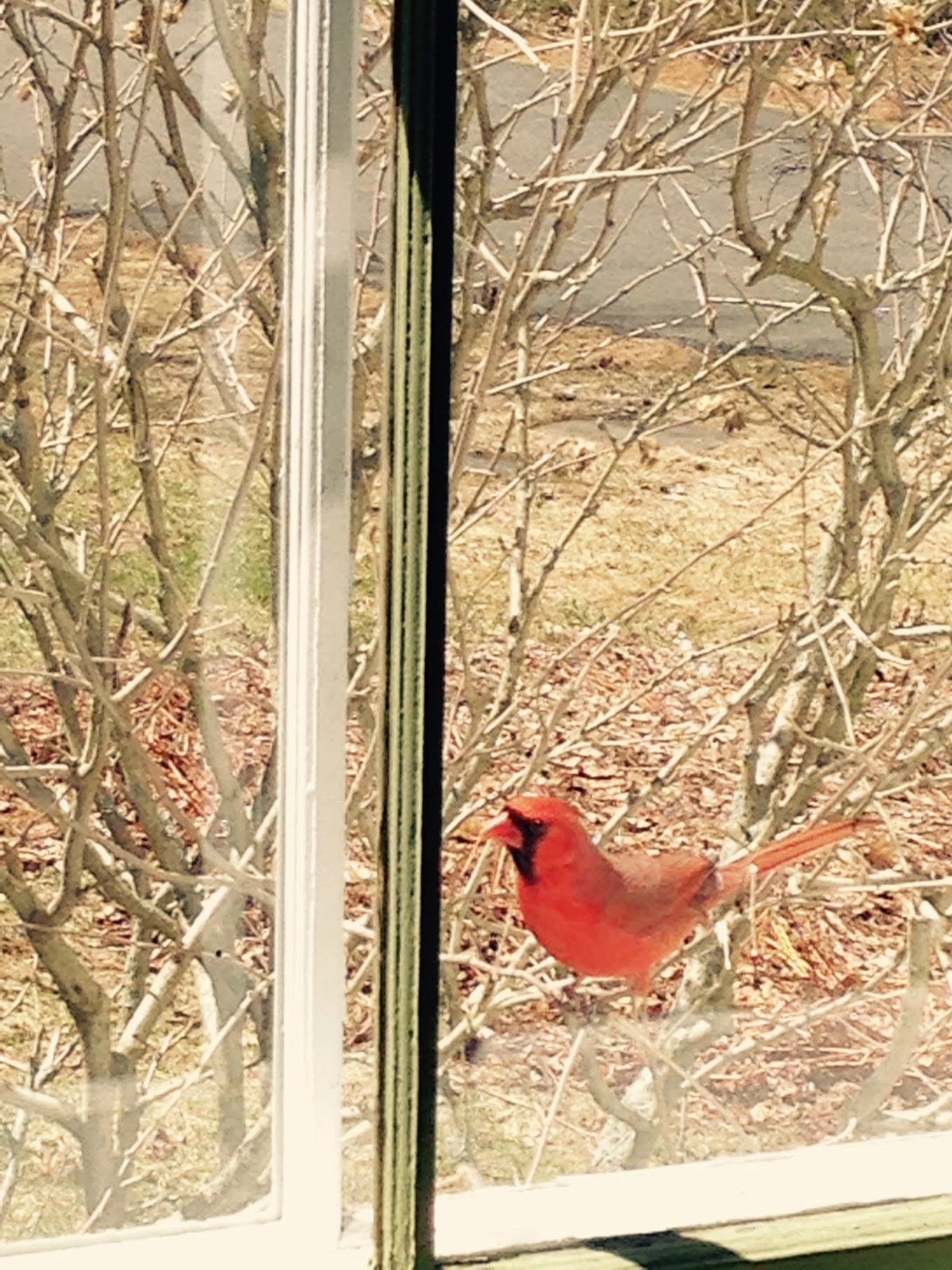 The cardinal has been knocking at the window almost every morning while I meditate. Once he's got my attention, he hops from one swaying branch to another. A surefire way to make him take flight is for me to hold up my camera.

Ahaaa! Later on in the morning I saw him at the window again and this time I snuck into the living room from the dining room door. I crept closer and closer hugging the wall and took a series of shots. This was my closest photo.

When the world is still largely winter brown, it's wonderful to have this splash of color.

But it's more than that. The cardinal has become something I can depend on. As they say, a feathered friend. (The cardinals have been coming all winter.)

One problem though. It's hard to stay focused in meditation when the tapping begins. I try to compensate by meditating for longer periods of time.