A Novel Idea: Start With a Sizzling Opening?

Lately I’ve been thinking about the novels that I’ve loved most, and the way they open. I’m up in the air about whether to rewrite my third novel, Sister Mysteries. I am trying to decide whether to start the leisurely way, which is how the book is now (several readers have liked it.)

Or should I revise, starting with the protagonist -- a nun who in 1883 is falsely convicted of murdering her cousin – facing the gallows for her alleged crime. The opening scene would start with her rotting away in a filthy California prison. 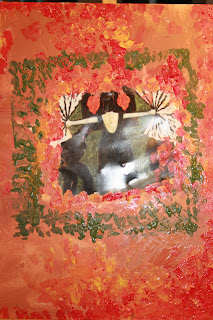 It might seem like a no-brainer. If you’re trying to sell books, obviously you want your first pages – your first paragraph -- your first words -- to do their job: nab the reader’s attention and hold them fast. Clearly, modern readers – accustomed increasingly to 140 characters and Instagram and sizzling You Tube sound bytes -- have absolutely no patience.

I was reminded of this recently when an older woman I know said she couldn’t find anything she wanted to read. This woman is bright, and an avid reader, and she has a Kindle, and so I suggested she sample one of my all-time favorite novels, The Mill on the Floss.

“A wide plain, where the broadening Floss hurries on between its green banks to the sea, and the loving tide, rushing to meet it, checks its passage with an impetuous embrace.  On this mighty tide the black ships – laden with the fresh-scented fir-planks, with rounded sacks of oil-bearing seed, or with the dark glitter of coal are borne along to the town of St. Ogg’s…”

That second sentence keeps going for another four typed lines!

Uh, well, gee, I said to her, it really is a such a great great story.  And really worth the effort, despite what you might call its “antiquated” language.

I could tell from her face she wasn’t buying it. The book, or my attempt to sell it.

So why should I be surprised, considering the way so many modern best-sellers lure the readers in?

“We have been lost to each other for so long. My name means nothing to you. My memory is dust. This is not your fault or mine.”

Or more to the point, get a load of Chris Bohjalian’s shocker in his national bestseller, Midwives:

“I used the word vulva as a child the way some kids said butt or penis or puke.”

There aren’t too many folks who would stop reading after that.

So here I sit, perusing great works from the past, as well as a bunch of modern “winners” from the last few years.  The more I read, the more I’m confused. Because I am at heart, a purist who wants to take the high road.

And then I laugh. 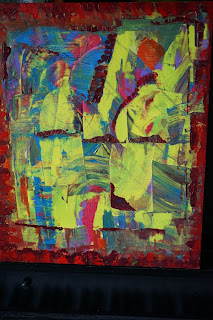 The high road is increasingly a very lonely path. Literary fiction is a dying thing. The number of books sold each year in that category is miniscule. Recently, a prominent literary agent – formerly the President of Harper Collins -- told my husband (who is writing a non-fiction book) that Farrar Straus considers it “acceptable” if a work of literary fiction sells a mere 3,500 copies.

The more I think about it, and the more opening lines I read by my literary heroes, the more I’m convinced that if they were querying New York agents today, they very well might get polite form letters, rejecting their masterpieces.

Consider what I call Steinbeck’s “long-term weather report from the Dustbowl” approach that begins The Grapes of Wrath:

“To the red country and part of the gray country of Oklahoma, the last rains came gently, and they did not cut the scarred earth. The plows crossed and recrossed the rivulet marks. The last rains lifted the corn quickly and scattered weed colonies and grass along the sides of the roads so that the gray country and the dark red country began to disappear under a green cover. In the last part of May the sky grew pale and the clouds that had hung in high puffs for so long in the spring were dissipated.”

I absolutely love this writing, but I wonder how many busy agents looking for blockbusters like Lovely Bones would give Steinbeck his due?

And then there’s the less-than-compelling coal-to-diamonds discourse that Joseph Conrad delivers to us on page one of his fabulous novel, Victory.

“There is, as every schoolboy knows in this scientific age, a very close chemical relation between coal and diamonds. It is the reason, I believe, why some people allude to coal as ‘black diamonds.’ Both these commodities represent wealth; but coal is a much less portable form of property. There is, from that point of view, a deplorable lack of concentration in coal.”

Holy cow. How did this book get published?

Well, so, we are in another era. Recently, at a reading of his work at SUNY Albany, where I teach, author Walter Mosley admitted to the audience that he doesn’t buy a book if the first line doesn’t grab him.

I thought that was fascinating, because I bought Mosley’s wonderful novel, Always Outnumbered, Always Outgunned after just that experience: I picked up the book and couldn’t put it down. My students always adored the book, and I used it for years.

Curiously, though, one of my students was generous and kind enough to buy me a copy of another of his novels, Known to Evil, and she even got it autographed!

I decided to put this book to the same test Mr. Mosley uses on novels.

Here are the first lines that he writes:

“Don’t you like the food?” Katrina, my wife of twenty-three years, asked.
“It’s delicious,” I said. “Whatever you make is always great.”

Uh, is it any wonder that the book has been lying toward the bottom of the pile beside my bed?

Perhaps the point here is that once you are a well-established writer, with lots of books and tons of readers, you don’t have to worry so much about the powerful lead. Readers will flock to your work because they just will.

Others of us don’t have that luxury. 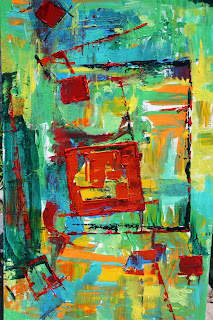 So here I am, unsure whether to start with the existing Chapter One, or switch it to a later chapter and turn the story around, starting with the nun in jail. My best reading buddy, who has read the many versions I have produced with this challenging novel, says she thinks I would do better to do the revision.

For the first time in my fiction-writing life, I am feeling lazy.

And I really love the opening.

Don’t judge a book by its first few pages.