Who Is This Mystery Man? 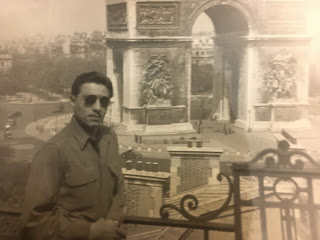 In WWII, he served in Germany and Casablanca. Here he is on furlough in Paris, at the Arc de Triomphe.

In Morocco, he was assigned to the Military police.

Was he a spy? An actor playing a spy?

Or just one handsome American boy rocking around Europe after the war.

Here he is shortly after the war, working as a radio broadcaster. More often than not, he operated out of his car. 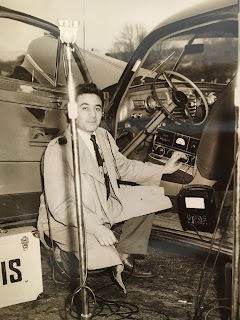 Who is this mystery man?

All will be revealed. Stay tuned!