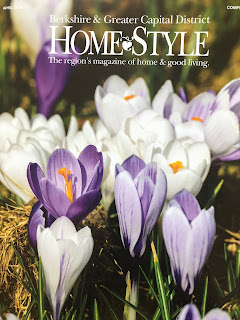 During the past year, as the Trump administration has been tightening immigration enforcement and threatening to end programs protecting hundreds of thousands of immigrants, the Berkshire Immigrant Center, now 20 years old, has been expanding.

It's a good thing.

Brooke Mead, who joined the Pittsfield-based BIC in 2002 and became executive director in July, says she hears from terrified immigrants every day.  Since Trump’s election, Mead says she has seen “a huge rush of people” with green cards trying to become naturalized citizens. “These people have long felt the U.S. is their home but they didn’t see the urgency of citizenship before.”
To aid immigrants seeking citizenship, BIC offers legal help, advocacy and procedural counseling; the center charges a fraction of what private immigration attorneys charge.
BIC has a caseload of more than 700 immigrants representing more than 70 countries around the world. Each year, BIC represents about 10 percent of their clients in citizen applications. BIC also offers an array of other vital services to Berkshire immigrants. Among those services are language classes, settlement services, as well as referrals to housing, daycare, health care, continuing education, career counseling and social service needs.
People are so fearful about their immigration status these days, she says, that her organization and others that serve immigrants have seen lighter turnout for some educational and cultural programs in recent months. “We’ve always felt we are a safe space, but lately we have had to reassure people of that,” Mead says. “People are worrying about congregating. There was even a question last September about whether the Latino festival would take place.” (It did.)
Considering the abrupt and arbitrary way that many immigrants have been deported in the past year, it’s not surprising people would be wary of congregating.
One Berkshire County man recently deported is married to one of Mead’s good friends. A very stable homeowner and highly skilled workman, the father of two young children who “did not even have a traffic ticket, not even a parking ticket,” this man typifies the situation faced by so many of the nation’s 12 million undocumented immigrants.
“It takes so much time and money to deport somebody,” Mead says. “We don’t have the money to deport 12 million people.” Moreover, she says, with immigrants contributing so much to our economy and enriching our culture and society, “it’s not in our national interest morally and rationally to deport all those people.” 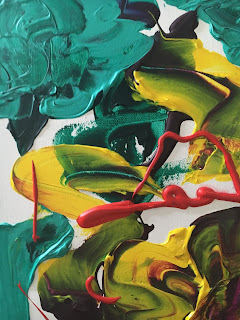 Some of those seeking Mead’s expertise are young adults covered by the Deferred Action for Childhood Arrivals program, or DACA, a program enacted in 2012 by President Obama to protect young adults who came as children to this country with their undocumented immigrant parents.
A lot of uncertainty surrounds the DACA program. The Trump administration tried to close the program down as of March 5th but a February 26thSupreme Court decision keeps DACA open for application renewals.  The ultimate fate of the program is up in the air. Meanwhile, DACA recipients are not allowed to travel, Mead says.
There are also big questions about the future for immigrants currently covered under the Temporary Protected Status program. President Trump announced in January that TPS – which covers thousands of Salvadorans, Haitians and Nicaraguans – will expire in September of 2019.
Like so many critics of what she calls the nation’s “broken” immigration program, Mead says that “without a comprehensive immigration program, everyone is vulnerable” to deportation.
Thankfully, as the immigration crisis has intensified, so too, has the level of public support. Donations to BIC are up. Requests for BIC to conduct programs and community presentations about immigration have also increased.
“For so many years we’ve been trying to say how important immigration is, how it’s worth donating to,” Mead says. “For the first time ever, we’re definitely receiving love and affection from the community.”
As a result, the center has been blossoming this year. BIC moved from a one-room office in the First Baptist Church on South Street into St. Stephen’s Church on East Street, just off Park Square in Pittsfield. At St. Stephen’s, the center has expanded into seven private offices, a reception area and a file room; the center has access to an auditorium in the church as well.
In her new role as executive director, Mead hired a staff, including two new caseworkers and a receptionist. (The former executive director, Hilary Greene, is also staying on part-time.) Meanwhile, the immigrant center’s board increased from four to eleven members, and launched the center’s first development program, complete with committees and specific goals for public outreach.
Mead says it’s important to know that BIC gets no state or federal aid for its work. About $85,000 of the center’s budget, which this year will total about $230,000, comes from grants. Another $30,000 to $40,000 comes from client fees, presentations and sponsorships. She says that public support is critically important, now, as it will be into the future.
“There’s always going to be a need to navigate immigration law. We just hope people will remember that, no matter what happens going forward.”
Mead grew up in Williamstown, and she holds a master’s degree in Spanish from Middlebury College.  Having lived in Venezuela and Mexico City, she has experience living as an immigrant. In December 2013, she became registered as an accredited representative with the federal Board of Immigration Appeals, meaning she is entitled to practice immigration law.
It’s clear talking to her that the work she does on behalf of clients goes way beyond a job. It’s a passion. Meaning that sometimes, like when her friend’s husband was deported, or when a client is in a rough situation, she cries. When a client triumphs, being sworn in as a citizen and voting, she cheers.
Mead had a child four years ago, and soon after she began working with an African-born woman who was trying to become a citizen. The woman herself had a child, but because of daycare problems, the child was back in Africa living with her grandmother.
The African woman had a green card, and she was studying to be a nurse. When she came to BIC, the same thing happened every time. “She would come in, then she’d cry, and I’d cry.”
Part of Mead’s job is to help clients strategize and solve immigration problems. Part of it is just being there, as a cheerleader, supporting a woman who is desperately missing her baby. (The African mother became a citizen; she and the baby were reunited.)
And so, Mead ends on a positive note: “we have more wins than we have losses. Otherwise I wouldn’t be here.”
In the case of her good friend, whose husband was deported, it’s not clear when her friend will see her husband again. There are two children who are now without their father.  Mead acknowledges that. “It’s depressing as heck that he was deported. But there’s still three people here. My job is to figure out how can I ease their situation.”
Through all the turmoil, Mead says that faith and hope are key to her work.
“You have to have hope and faith,” she says. “You really have to believe things are going to work out for your clients, even in the current climate. Otherwise, you’re not going to make it!