By Barbara Easton
1959
It was a sultry summer day filled with the distant drone of insects and the kind of heat that sits on the skin. The shouts of the other children playing in the chain-link fenced yard seemed muted to the cluster of young girls. Sitting cross-legged in a tight circle with knees touching, everyone bent in so as not to miss a single word. The girls were not sitting on the hard gray cement playground of the children’s home anymore. They were in the city sitting in a cool, dark apartment watching Marie’s lovely mother get ready to go out for a night of dinner and dancing with her dark-haired doting husband. 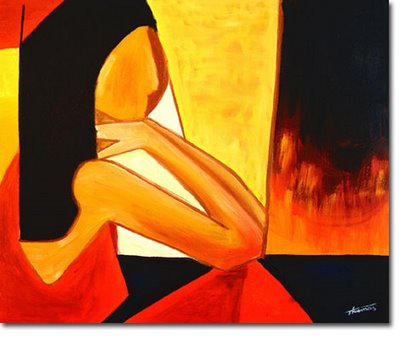 They heard the crisp swish of the fabric as it whirled around her long legs. The smell of her rich heavy perfume hung in the air. Each love-starved little girl felt the deep abiding affection of the lingering goodbye hugs and kisses the parents gave their three children.

This story was pretty conventional for Marie. In most of the stories of her life before coming to the home, Marie had done and seen some outrageous things. She had flown—not in airplanes, though. She had flown all by herself. It had only happen before she came to the home and always at night when everyone was asleep. Marie said she never knew when it would happen. She’d just find herself floating around her bedroom ceiling and out the window. Sometimes Marie saw scary things like ghosts. Other times she saw robberies.

Invariably, the police would chase the robbers who would drop the money. Those were the best stories, the ones where she would find money. Marie would bring the money home to her mother, and they would buy candy, ice cream, cakes at that great bakery on Broadway, beautiful clothes, and jewelry that would be described in great detail.

I never understood how Marie could get so many people to believe her. Still odder was the number of listeners Marie could get to agree that they, too, had participated in the bizarre escapades. Even my older sister Rose would go along with Marie.

Marie would say, “You remember that, don’t you, Rose.” It was not a question.

My sister, would unequivocally respond, “Yeah, I remember that! I remember now! I lived on Laurel and that’s really close to Hanover Street where you lived.” Rose would then embellish the story a bit to prove she, too, had been a part of the adventure.

Margie always sat with me outside the circle when her sister, Marie, was telling the stories. We were different from those girls. Although we never really spoke about it, I know she feared, as I did, that Marie would demand agreement from us dragging us into the sinful lies. I think the fear of God instilled by the nuns at the home was stronger in Margie and me. Maybe it was because we were both three years younger than our sisters. Maybe we were just different. My fear of the harsh punishment God would mete out for lying was paralyzingly strong. The momentary pleasure of remembering wonderful things that never happened was not worth the overwhelming guilt that would follow.

Margie and I never believed Marie, but we loved to listen to her. Marie’s stories always ended well. She never told ones like Margie told me. Margie told me stories about things like the time the police came and took her father away. They put handcuffs on him. That was the last time Margie ever saw her father. He was being led up the stairs from the basement apartment by two cops. She didn’t know why, no one ever told her. 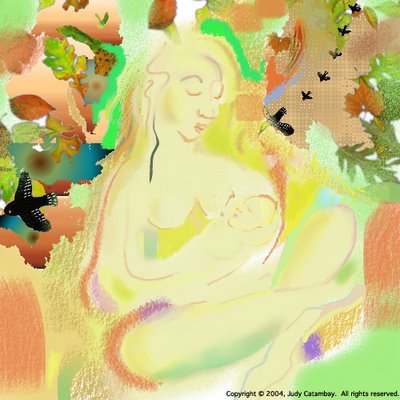 Mrs. Saylor was giving the baby cough medicine, but she didn’t get better. Then one morning, the baby was finally quiet. There was no wheezy whiny cry or thick cough. It was just quiet.

Margie thought her mother would finally be in a better mood. They might even go to the park. She played very quietly next to the baby’s crib in the living room waiting for her mother to wake up.

Mrs. Saylor finally padded out of her room and headed for the kitchen. Then she stopped and looked over at the crib. Margie was watching her face, waiting for the smile. She was surprised her mother didn’t look happy as she walked to the crib.

She kept waiting for the smile, but Mrs. Saylor started saying, “Sandy? Sandy?”, then, “Oh, my God! Oh, my God!” She said it faster and faster, and it turned into a continuous whining wail. Margie said her mother picked the baby up and ran out of the apartment screaming all the way to the fire house. They couldn’t do anything, though. The baby was dead.

Barbara Easton, a writer in Albany, New York, will graduate from the University at Albany, SUNY in May, 2007. She intends to pursue a master's degree in literacy education. Look for Part two of her story, "Dead Reckoning," to appear on Tuesday, October 3rd in MyStoryLives.
Posted by Claudia R at Saturday, September 30, 2006