"I'll Give You Something to Cry About" 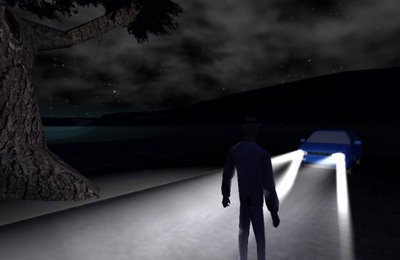 "I'll give you something to cry about,"
my father would say, apropos of
some childhood sadness
far smaller than his own,
the pain we caused our mother not least of that.
"Wait till your father comes home," she would say,
and the great waves would rise,
the trees loom dark,
and the night come down and the cold.
Across the years, I want to tell her
not to tell him, to soothe instead
his day's slights away,
loosen those taut strings that held
a rage that frightened her
as much as us.
"Jack, Jack," she would say
and run for help across the lawn to Petroski's house
where the dad, bigger and stronger than ours,
had gone down dead one day
with a too strained heart.
Father would leave, would
sputter off in his tinny car 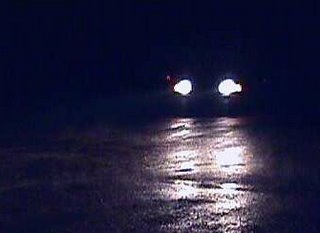 somewhere into the night, not
to return until after we'd settled
into some semblance of sleep.
Looking back now, I can see
it was a rehearsal for his death,
something real to cry about,
facing this dark and crazy world alone.

Craig Hancock, who holds a doctorate in English, has been writing poems for as long as he can remember. A resident of Valatie, New York, he teaches English full-time at the University at Albany, SUNY, working mostly with Educational Opportunity Program students. A member of the Kinderhook Writing Group, he has published in numerous literary magazines and anthologies, most recently in Hudson River Art and Peer Glass. His book, Meaning-Centered Grammar, (Equinox, Ltd.) appeared in late 2005.
Posted by Claudia R at Wednesday, September 27, 2006