"Waking Up in New York City" 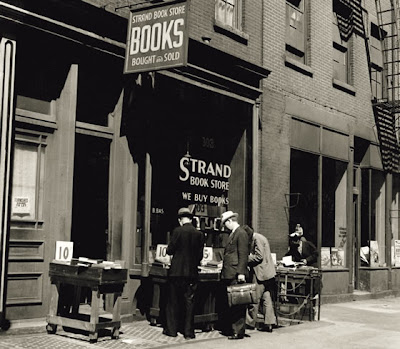 The ominous 6/6/6 fell on a Tuesday, the day my older brother Trev decided to throw a party in its honor.

I arrived after everyone else. I’d been applying for jobs around Williamsburg. Everyone in my apartment but me was a Strand employee. The Strand being the bookstore of course.

Eugene was identifiable from my Mom’s tattoo description. I saw him smoking cigarettes with some guys on the fire escape. He looked approachable in his red plaid shirt and large silver belt buckle that read “ART,” so I climbed out the window to join him.

“Eugene, right? I’m Chloe, Trevor’s sister,” I said. He was straight away warm and kept making noises of affirmation while I spoke about how I’d just moved in from upstate and was looking for a job.

“Mm hm, Mm hm,” he repeated and repeated while I spoke. I thought it was a bit strange that his eyes were twitching and his head continued to nod and bob. This guy is super friendly, I thought to myself.

Trevor and my mom had both neglected to let me know that Eugene had a harsh case of Tourette’s syndrome. Months later I learned that he’d been doing a shit ton of cocaine that night, amplifying his ticks all the more. I was twenty. Just assumed he’d been agreeing with everything I said.

From the fire escape, I peered into the bathroom window and caught a colorful eyeful of Jack sitting on the toilet. He was wearing a psychedelic silk shirt that accented his rich scarlet hair. Freshly dyed. A girl was standing over him and I could tell from their motions they were arguing. When they came out, Jack crawled onto the fire escape in a hyper way.

“Heeeyyyyy Chloeee! When did you get here? Hey, how do you get your hair so curly like that?” he asked, tousling my hair and getting comfortable beside me.

Eugene and Jack broke down to me how The Strand operates. “They put the intellectuals like us in the decrepit basement. It’s like we’re overly smart and below good-looking, so they hide us down there,” Eugene said.

“Yeah, and everyone wants to fuck the Art Floor Girls,” Jack offered bluntly. “Anyone left gets put on the main floor—the generics,” he shrugged. I didn’t bring up that he’d pinned me for an Art Floor Girl, but it was on my mind.

Jack and I sat shoulder to shoulder on the fire escape in the black June night for a while. We passed his Tropicana bottle back and forth, taking turns swigging the vodka and cranberry juice. It was so acidic, each swallow sitting fiery in my stomach.

“I love your dangerous dark eyes.”

“My eyes are light green,” I corrected him. 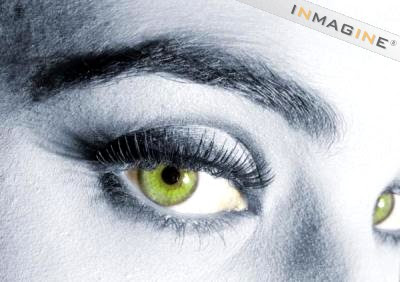 The three-in-the-morning party peak hit, and then when five a.m neared, the festivities began to die. People started to head for the door, mumbling about work the next day or catching the train. I was fixing myself another drink when I heard Jack say, “Whose shoes are these?” I looked over my shoulder and he was near the shoe rack, fondling one of my black flats.

I froze with my arm halfway in the freezer. Earlier in the night he’d been pleasant. I was uncertain if this was friendly banter, or if he just thought I was a huge fraud. He intimidated the hell out of me.

Eugene, Jack, Trev and I sat on the wooden floor in the unlit living room, still and drinking steadily. Jack sang his notorious song about working at The Strand. He crooned quirky lyrics while strumming dramatic and minor chords on Trevor’s guitar.

Everyone knew all of the words and sang along:

My brother and Eugene had already left for The Strand when I woke up hung over in the morning. Jack had the day off and was asleep on the futon. I was still jobless.

I felt anxious, a bit afraid to be alone with Jack. I toyed around the bright white kitchen, pouring quarter full beer bottles down the drain and wiping the table down with a sponge. I picked up a Marlboro red pack off the table. Shook it. No cigs.

I got bored after a while and went onto the fire escape to marinate in summer, which seemed to have arrived overnight. The crown of my head ached from last night’s liquor, and the unforgiving sunrays didn’t help, but it was just my fifth morning waking up in New York City—I was still so high on my new environment that everything felt good.

Jack rose a bit later and climbed out next to me while saying, “Morning, Little Sister.” His hard eyes were softer today. He handed me a cigarette and I noticed his nails bitten to the quick. It’s rare for me to see someone else’s nails chewed down as much as mine. His were close.

“I’m aware,” he said, reaching to light the Marlboro dangling from my mouth. He watched me inhale and exhale for a moment. “You try to make smoking look too broken in. Poser,” he nudged me and cracked a smile. I felt more comfortable with him now, sharing the nail biting neurosis.

The heat eventually pushed us back inside. Jack had misplaced his drugs at the party. He dug around for them for twenty minutes while I watched from the kitchen table.

“That’s like one hundred dollars worth of dope down the drain,” he stated, irritated.

“What do you keep it in?” I finally thought to ask him. I didn’t know his covert drug compartments yet, like I’d known those of my past drug cronies.

I walked over to the trashcan and rummaged through to retrieve the Marlboro pack that I didn’t know had been holding a tiny bag of heroin. He smiled, his eyes mischievous. “You’re a con artist,” he smirked at me. I started arguing that I hadn’t done it on purpose and he interrupted: “Just like me,” he said, smug. “Just like me.”

Chloe Caldwell is a writer living in New York City. Her day job is at the Tina Tang Studio as a Customer Service Ambassador. “Waking up in New York City” is part of a longer piece of writing.
Posted by Claudia R at Tuesday, September 09, 2008

What a great piece. The voice of THIS generation!

Then what happened? I want more.

Great piece of writing! I want more too.