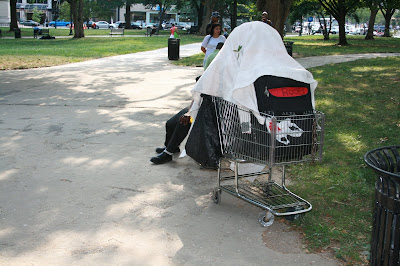 At the beginning of my internship I struggled to balance my two lives. One here at Street Sense, the newspaper for the homeless in D.C., meeting and talking to vendors, working my butt off and becoming close with people so much more mature than I. My other life took place in McLean, Virginia. I was a lifeguard at my community pool, 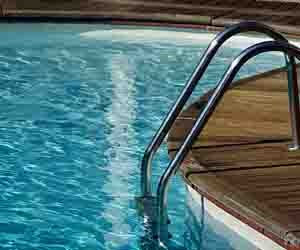 went to fancy dinners with my friends and acted like the fact that we still hadn’t signed each other’s yearbooks was the biggest travesty in the world. I took a twenty-minute metro ride each day to transport me between these two lives, these two people, but they seemed to be so much farther apart.

It did not take much time before I realized how wrong I was. I began talking with one vendor about how when he sells less papers certain days he gets low self-esteem, he feels worthless. I explained to him about how my stay-at-home mother confessed to me suffering from a similar feeling from being out of work for 10 years. I began recognizing great similarities in my two lives. I watched as one vendor didn’t make the street soccer team he was hoping to make, it seemed like he felt just like I felt after getting cut from my high school varsity team. We both worked so hard, only to be faced with disappointment.

We are all one in the same. We hurt, we love, we win and we lose. You can easily look at your feet or cross the street in the other direction thinking that you are better than the person behind the vest. I know I’ve done it, Starbucks in hand. But it’s cowardly. The difficult thing to do is look them in the eye, and consider the possibility that they might not be exactly who you judge them to be. Next time you see that green vest take the time to talk to a vendor, learn from them. It could change your life, I know it changed mine.


This past summer, Talia Roth worked as an intern at Street Sense, the newspaper about poverty and homelessness in Washington, D.C. She is now a freshman at Syracuse University, studying journalism. This piece first appeared in the September 2009 issue of Street Sense, which began publication in August, 2003. The newspaper is sold on the street by homeless individuals. It is a source of income for those people who sell it. Street Sense recently launched A a website presence for its content at http://www.streetsense.org. Donations to the organization are always welcome!
Posted by Claudia R at Wednesday, September 16, 2009