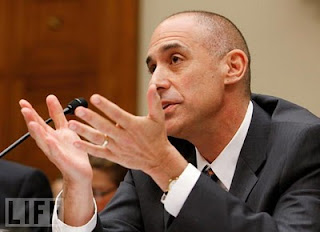 The latest Census data prove that we need to start rebuilding the American middle class, and a new report shows how it can be done.

Yesterday the U.S. Census Bureau reported that family income in the U.S. dropped to its lowest level in 16 years. The key thing in this news is that the drop is not just over the last three years, during the Great Recession. The squeeze on the middle class isn’t new, it wasn’t caused by the recession, and it won’t be fixed as we come out of the recession. If we’re going to rebuild the middle class, we need an agenda aimed at making work pay in the 21st century.
That’s why I worked with more than 20 groups who understand the daily struggles of working families on a new report we’re releasing today, 10 Ways to Rebuild the Middle Class for Hard Working Americans: Making Work Pay in the 21st Century. The report is a road map for addressing the truth that we don’t just have a jobs problem; we have a good jobs problem.

Before we get to what we do about it, we need to confront the fact that even though the proportion of Americans with a college education doubled in the past three decades, the share of working people with a decent job dropped. Six out of ten (58 percent) jobs now emerging from the recession are low-wage. On top of that, the jobs projected to have the most openings between now and 2020 are mostly low-wage and require no more than a high school education. So there is no reason to think things will get better unless we act.

One set of solutions proposed in 10 Ways to Rebuild the Middle Class is to tackle the lack of support and protections for low-wage workers. A first step is to restore the minimum wage, which buys 30 percent less now than it did 40 years ago. The minimum wage for tipped workers is $2.13 an hour, the same as it was in 1991. One in five workers would get a pay raise if the minimum wage were increased. That includes workers who get paid just above today’s minimum wage, who would also benefit as the legal floor got raised.

Remarkably, four out of ten private sector jobs – including the great majority of low-wage jobs – do not give employees any paid time off if they are sick or need to care for an ill family member. In response, Connecticut and several cities have passed paid sick days ordinances. The federal government and states and localities should update basic labor standards to include this essential benefit to working families.

The report recommends tough enforcement, with meaningful penalties, of laws that unscrupulous employers now routinely flout. Many employers of low-wage workers routinely steal wages by not paying the minimum wage, not paying for overtime, or simply not paying workers at all. Other employers misclassify workers as “independent contractors” in order to get out of paying payroll taxes or benefits and hire “permatemps.” Worker safety and health is another area where measly penalties, weak enforcement, and widespread retaliation against workers who dare to speak up allow employers to keep low-wage workers in hazardous work conditions every day.
It will take systemic solutions to address the broader problem of stagnant wages.

A crucial step is to uphold the freedom of workers to organize a union by modernizing the National Labor Relations Act and stopping employers from harassing organizing efforts with virtual impunity. Nothing in our nation’s history has done more to bring workers decent pay, benefits, and dignity at work than organized labor. The factory workers of the mid-20th Century didn’t have a college education; they organized unions. The low-wage workers of the 21st Century – the housekeepers and janitors and home health aids and retail clerks – will only be able to get decent wages and become part of the middle class when they are able to effectively organize to bargain collectively.

Other proposals in the 10 Ways to Rebuild the Middle Class report would create new social insurance protections for the 21st Century, just as Medicare, Social Security, and Medicaid were key to fighting poverty and building the middle class in the last century. The nation took one major step in 2010 with the passage of the Affordable Care Act, which in 2014 will enable working families to get affordable health coverage even if they don’t get it on the job.

The report proposes two other steps to provide families more security in their work and in their retirement.

Though today’s norm is for all the adults in a family to be in the workforce, only one in ten workers (12 percent) has paid family leave through work to care for a new child or a sick family member. A solution is to establish a national family and medical leave insurance program, similar to Social Security and successful programs in California and New Jersey, for workers to draw on when they are out on family leave.

To address the fact that pensions have been replaced by thread-bare 401Ks over the past 30 years, the report recommends establishing new pooled and professionally managed retirement plans for those who rely solely on Social Security and 401Ks, which would pay a defined amount – a pension – each month.

In addition to these and other steps, 10 Ways to Rebuild the Middle Class recognizes that a foundation of improving work is full employment. That is why we need to stop laying off public workers and outsourcing jobs overseas.  It's also why we should create millions of jobs now by investing in infrastructure and a green economy.

Rebuilding the middle class is about more than assuring that every working American can support his or her family with dignity and security. It’s about powering the economy forward in the 21st Century. The middle class is the engine of our economy, an engine that can only be rebuilt by making today’s jobs good and tomorrow’s jobs better.

Richard Kirsch is a Senior Fellow at the Roosevelt Institute, a Senior Adviser to USAction, and the author of Fighting for Our Health. He was National Campaign Manager of Health Care for America Now during the legislative battle to pass reform.