After his parents divorced in September of 1985, Scott Macauley of Melrose, Massachsetts, found himself in a quandary -- which parent was he going to celebrate with on Thanksgiving? So he decided that he wanted to cook his own Thanksgiving dinner. With one twist: he put an ad in the local paper: if people found themselves alone on the holiday, they could come to his house.

"Thanksgiving is not about or fireworks or hoopla. It's a meal around a table where you give thanks for the blessings you have and you really can't do that by yourself and have much fun."

A few people responded to the ad, and Macauley was delighted tht he did a decent job making dinner. 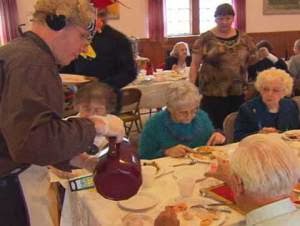 He has done the same thing every year since 1985. Last year, there were 84 people who attended. Macauley's community Thanksgiving -- which is now situated at a local church -- draws a wide range of people: new people in town, people recently divorced or widowed. He's had people who can't speak English. He's had poor people and people who are in AA.  He always feeds the local firefighters and police, too.

A couple years back, a woman with Parkinson's who had been in a nursing home for seven years, and who had never been out, hired an ambulance at $200 to bring her to the dinner. She cried when the ambulance came back to get her. She didn't want to return to the nursing home.

Macauley says that most of the people he feeds on Thanksgiving don't know who he is. 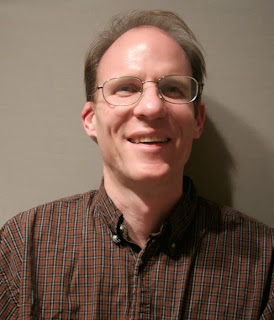 "They know that there's some skinny guy in the kitchen, but they don't my name. I think the theme of my life, and everything I do, could be summed up with the name of an old hymn called "Brighten the Corner Where You Are." I hope my legacy will be that I came into the world, I brightened the corner, and then I quietly left the world unnoticed."

This is a touching story, I used to feed the homeless on Sundays every Sunday and during the holidays as well until certain things happened.