After the Metro North Disaster: Does Everything Happen for a Reason?

This piece appeared first on December 2, 2013, in The Huffington Post.

As the National Transportation Safety Board launches its investigation into Sunday’s Metro North accident, which killed four and injured more than 60, I am reminded of countless classroom discussions on the subject of disasters. They always came down to the same question, does everything happen for a reason? 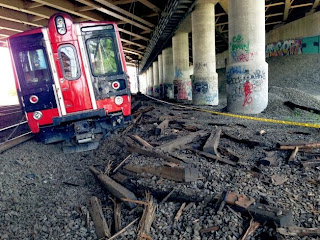 Whether it was a natural disaster – a hurricane wipes out the Phillipines, a tsunami crashes into Indonesia – or a nightmarish mass murder caused by deranged people armed with guns or bombs, the majority of the class would decide that indeed,  “everything does happen for a reason.”
“OK,” I would ask the students, “ so then what is that reason?”
No one in the class could ever come up with a satisfactory answer to that question, but that wouldn’t matter. Even in the face of monumental death and destruction, the college-aged students would stubbornly stick to their belief that there was some kind of overarching logic, some sort of rational explanation.
The discussion would inevitably turn back to their own lives.  Students clung to the notion that no matter how severe their life circumstances were, there was always some logic, an ultimate explanation. This explanation usually resolved into personal or even heroic triumph over difficult life issues.
For some students, it simply came down to religious beliefs.  An all-powerful God would never permit a personal disaster, no matter that the reason remained obscure. Your mom abandoned you? Your dad was in jail for murder? Your family ends up homeless? No matter, the situation ultimately forced the student to step up, to work harder, to make sure the choices they made in their own lives were consistent with a God who is good. 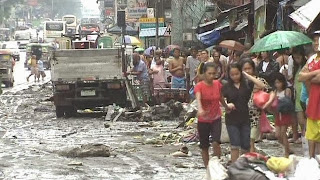 Of course, it isn’t just students who grapple with these issues. In the face of excruciating loss, all of us are puzzled by the questions why and how? No matter what your religious affiliation, death and destruction always bring us face to face with an age-old question that philosophers through the ages have wrestled with: the notion of evil.
One of the most popular novels we have read in the classroom, Sula, by Toni Morrison, presented an easy rationale. God, she posited, had not three faces in the form of Father, Son and Holy Spirit. God has a fourth face, Morrison contends,  the one that embodies the devil, all the bad or evil things that happen in our lives.
I would try to force the students to widen their thinking by taking into account this notion of a God who wasn’t all good or all kind. I would suggest they embrace the notion that “stuff happens,” and we are forced to live with that stuff.
I would ask them to consider a different idea about God, one that goes far beyond human love and logic. A God that is some kind of energy, some force that no one will ever be able to explain.
We build our religions to conform to human logic, I’d tell then, but isn’t everything about the universe a marvel that cannot be fathomed? I would ask them to explain wondrous miracles: flowers blooming, babies who emerge out of two cells? I would ask them to explain human consciousness or the fact that I could stand in front of the class saying words that students could hear and understand. Or I’d tell them to go home some night and just lay down under a sky full of stars, and ask yourself, how far does the sky go? And what lies beyond that ultimate border?
Whatever transpired inside the classroom, students would emerge from the discussion thinking about questions in ways that they hadn’t really considered before.
Perhaps, I would say, the notion of God in human terms misses the mark. Maybe disasters force all of us to go well beyond human knowing to fathom an energy, a powerful force the source of which we cannot comprehend in human terms.
In the end, I left the students asking big questions for which there are ultimately no answers. Questions that make all of us stop and wonder every time we confront a disaster like Metro North or personal disasters that occur every day in our lives. As long as we live, we will continue to ask “why?”