How Hallmark is Helping Me Cope with The Dump (Trump)

True confession: I’m addicted. Not to drugs, but to movies. Hallmark movies.

It all started back in November, not long after our nation managed to screw things up royally by electing the soon-to-be worst President in U.S. history. (I know, I know the Fox-news folks say “Give him a chance.” I say give him a one-way ticket to Russia.)

For those first horrifying weeks after the election, I was in total denial. I couldn’t bring myself to read about the election in newspapers or magazines. I kept shutting off TV and radio news.

Instead, I buried my head in Hallmark movies.

How could that happen? 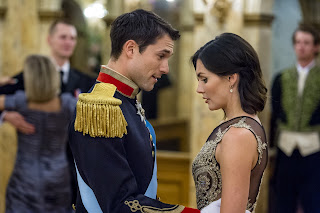 It was Thanksgiving week and I was having a glass of wine with my television-addicted neighbor. I sipped and suddenly I was watching a Christmas movie. A young woman from Philadelphia is sitting across from her boyfriend in a café. Speaking in a solemn tone, he announces that he has something important to tell her.

She’s pretty sure he’s seeing somebody else. Or he’s married.

No. He tells her that he is the Prince of Moldavia and that he wants to bring her home to his mountainous little country so she can meet his mother the Queen.

OK. I was hooked. I kept sipping more and more wine and then on a commercial brake, I raced across the street and finished the movie at home. Total schmaltz. Sure. But lots and lots of glittery Christmas decorations. And smiles. And people saying that the spirit of Christmas is all that matters.

I was no longer distraught over the crappy outcome of the election. I was smiling. I was happy.  I wasn’t sitting around worrying that the country was going into the dumper because of The Dump.

Since then, are you sitting down, I’ve watched maybe three dozen movies? I’ve had my own little film festival going.  My favorite is "Twelve Gifts of Christmas." It's really sweet. Treat yourself. Watch it! 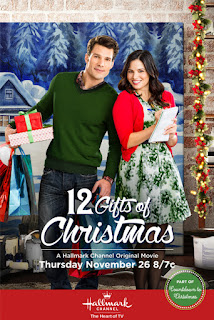 Meanwhile, my husband -- a progressive political organizer who was instrumental in getting Obamacare passed -- shudders every time I shoot up. He leaves the room, or if I'm watching in bed, he hides under the covers with pillows over his head.

Still, he’s very good at pointing out to me how “formulaic” these movies are. Hallmark Christmas films – all with picture postcard sets that twinkle and glow like Hallmark cards -- feature a character, generally a woman, who has lost or never had much Christmas spirit. Many of the women are high-powered workaholics from big cities.  Or gorgeous TV news anchors.

One way or another, these women end up in picture-postcard little snowy towns, with names like Christmas Valley, where  they learn the most important lesson: Christmas is no crass commercial holiday but rather the season to rediscover love, especially family love, all over again.

Best to do that baking fruitcake and shortbread and gingerbread cookies, all the while it’s snowing and a fire blazes in a huge fireplace.

And yes, I get the irony that Hallmark is largely portraying the America that voted for The Dump. These films offer up a Norman Rockwell kind of small town life. In this life, there are only the occasional black or Asian. There are no gays, lesbians or transgender characters.

These are not films that portray the America I know. And they don’t reflect the underbelly of hatred and fear that fueled Dump's racist and misogynist campaign.

Still, I persist. Because every movie I shoot up gives me a warm glow in my chest (it helps to drink wine.) I feel myself filling up with a warm Christmas spirit. A family is reunited after some calamity, or a couple falls in love and gets married (usually on Christmas day!) and your (well, I should say MY) eyes start to water a bit.

So are you curious what happens with the Philadelphia girl and the Prince? Naturally, they travel to  pristine, mountainous Moldavia, where the Queen is outraged that the Prince is slumming it. She invites a gorgeous young red-headed duchess to the castle to try to distract Prince Charming. The girl from Philly gets disgusted and she packs up and heads home.

But of course, fueled by love, the Prince chases after her and in the end, the Prince and the Philly girl – now The Princess – drift passionately into their glowing future together.

Writing this post has helped give me some perspective. Last night, I turned off two of the movies and read a novel. It felt like I was home.

And as Christmas will soon be history, I’m figuring my addiction will be cured.

Except then I remember an ad from the Hallmark channel: just after New Year’s they’re featuring a film called “Hidden Figures,” which stars -- amazingly enough -- an all black cast!

That one I’m sure not to miss!