Am I really going to Morocco?

I am. I am flying to London at 9 o'clock tonight and then taking a flight to Rabat, the capital, tomorrow morning.

I might not be able to blog until I get back on December 6th. 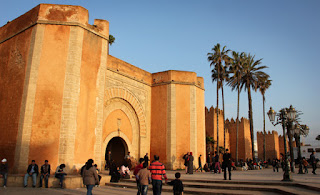 Why am I going to Morocco?

For fun of course. But the real reason is that i am an editor for a stunning new Pittsburgh-based magazine called

iGeneration Youth. (Be patient, the link can take a few seconds to load.) 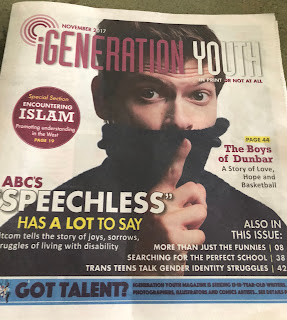 The magazine, a print version of which was distributed this month to 50,000 teens, is the brainchild of a brilliant writer, editor and teacher named Lori Cullen, who is a friend and former student of mine. She pulled off this 64-page magazine with the help of a gang of energetic and very talented young people.

I will let Co-Editor-in-Chief Caroline Molin explain why a new magazine for young people is so crucially important:

"Every time I pick up an edition of Seventeen or a Teen Vogue, I see articles written by journalists working for large companies. It's clear when an article is written by someone who hasn't had the experience of being young in 2017. The teenagers I know are not thinking about the latest Kardashian news. Instead, they're going to protests and meetings to improve the state of the world. They're speaking out against gentrification and transphobia, voicing their opinions and striving to advance their education...What I want the most in a magazine is to hear the stories that I don't hear every day. I want youth magazines to represent the diversity of our generation."

Well, so, what Molin and her young colleagues have produced is chock full of diversity. The piece I edited was by a fabulous writer named Samikchya Rai, who was a Bhutanese refugee born in 1999 at Khuduabari, one of seven refugee camps in southern Nepal. Here is her opening:

"When the rays of the sun passed through the bamboo wall and hit my face, I knew the day had begun. A rooster crowed and -- so annoying -- wouldn't stop. Old people listened to morning religious music on a radio station, which lost its signal now and then." 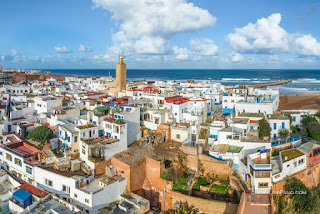 iGeneration Youth -- their motto is "the future of storytelling" -- included a special section devoted to Islam; the section featured stories by students who either are Muslim, or who are visiting Muslim countries.

On Wednesday, Lori and I will be meeting with a Morocco-based cultural exchange organization in Rabat. 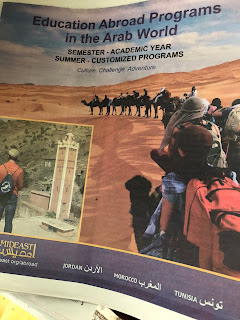 Called AMIDeast, the group is participating in the production of the new magazine.

So. Here we go. I will celebrate my 65th birthday in Morocco. I only know what I know about Rabat from the travel guide. I know only a few words, including "Atini noos noos" (that means "I would like half coffee, half milk." Hey what's important?)

I am hoping to ride a camel on my birthday.

Meanwhile, I hope you will check out iGeneration Youth. It's a fabulous endeavor.