"Once There Were Four of Us" 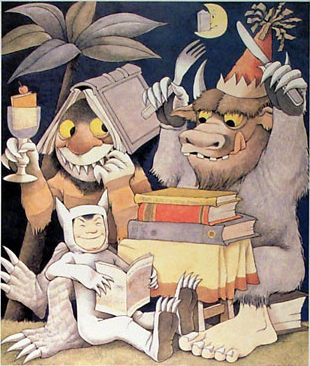 Once there were four of us, before their father
slid from sanity.

He'd tried not to. He had stumbled, crawled, dragged
his belly on the ground, grasping at weeds, and rocks,
and shards of glass scattered every which way
because he could only see just so far before madness
overtook him and the garbled words in his head
hammered away at his skull.

It was then that his very own Jewish crown of
thorns bled him dry of reason. He'd rolled up his
sleeves and hurled insults on heaps of filthy snow,
yellow with mongrel's piss, and cigarette butts.
He'd tried driving a cab, a reckless attempt to
disguise his blistered brain. He came home at night
with nothing in his hands but my, their lives,
and his, dribbling away.

Back then, he was still young, and handsome, and
blond like a movie star. Back then, he hit home runs,
strolled across the Brooklyn Bridge and up through
Manhattan and wandered for hours on streets paved with
the gold of his grandfather.

Then it was the three of us, rambling along
3000 miles of the USA. We arrived in Berkeley, 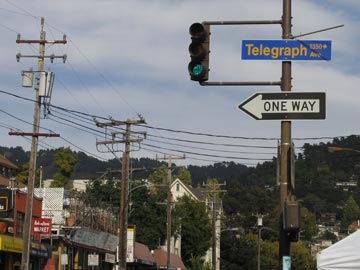 where nothing much mattered except
nuts and grains and where a can of Spagettios was linked
to fascism, and Diet Coke was a sin amongst sinners
and gurus and those caught up in the middle floundered
for meaning like fish in a net.

I read "Where the Wild things Were" to my daughters,
who needed the wild woman in me to keep
them safe.

I did the best I could.

He must have too, their father, stuck away in a
padded room, out of sight, out of his mind, minding
his own business at Bronx State Hospital except to
beg, borrow, or steal the cigarettes that yellowed his
fingers and faded the crimson rage or grief of
whatever it was that rattled his brain, so he no longer
knew what was real, or where he was, or why he
suffered.

It was not easy to walk away.

We had to walk away.

We'd walked too close to his edge and the shape of our
lives was caving in like a rotting jack o' lantern.

It was Christmas or the day before when we drove up to
the big house, "Big Rock Candy Mountain," aptly named
by a collective vote of the 15, 20, 70 housemates,
dropouts, outlaws, and lovers of babies, heroin,
and Jesus, who inhabited the many rooms and
cubbyholes and makeshift tents set up in the backyard,
held together with worldly wisdom, and prison smarts,
and wood carvings staked in the pebbly ground.
Shoots of grass pushed through the soil and we pushed
on, tugging one another, a mother and her cubs.

We were surfacing on the West Coast where
dolphins were thought of as gods. There was no God 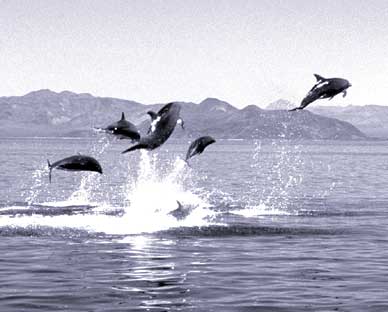 looking after us or the man we'd left
behind embracing the Gods of Abraham as haldol cruised
through his veins and silenced the demons he
swore were crushing his head.

The state looked after us, as they'd done in New York City
and they looked at us, too, and through us and through
the others crammed into the airless room policed by
government employees who hated their jobs as much as
we hated being there, and had to be there, too,
for a handout and sometimes a limp hand shake.

It was not hard to walk away from that room with
the promise of a check in a week or two and meanwhile
we sat at the big round table at "Big Rock Candy
Mountain" and learned to eat sprouts and brown rice
and stews of many colors with or without meat,
depending on who was cooking that night.

I was not trusted in the kitchen.

I did not trust myself.

I managed to be a rock for my two little girls, the
one blond and cherubic like her father's side, and the
dark one, like me, with my ancestors' faces staring
back at me, her big dark eyes seeing too much,
already at four she'd seen too much of the madness in
her father.

We held on tight and sat in circle on the floor while
a fire in the fireplace danced flames of warmth and
hope and hints of adventure and where, later, the
welfare social worker interviewed all the URAMS,
(unrelated adult males) who were legitimate and/or
legal enough to appear before her and swear they were
not paying me for sex.

We moved on, said our goodbyes to the Bronx housewife,
co-conspirator of the failed family. We moved on, our
feral instincts guiding us toward food and shelter.
I met a man. We had clean laundry, and a dog. We went
to Value Village and got a kitchen table and four
lumpy chairs for $2.50. 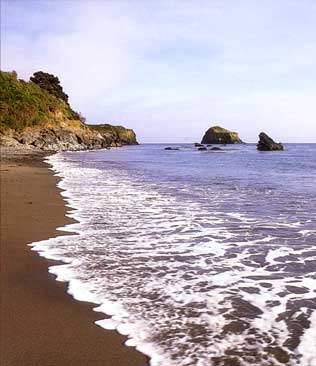 I made the beds and brushed their hair.

We swam at the beach and came home sandy and sleepy
and hopeful.

Writer Marty Zuckrowv, of Oakland, California, is a lifelong dancer and performance artist who teaches movement classes to people with disabilities.
Posted by Claudia R at Tuesday, December 12, 2006