Being the Father Figure He Never Had 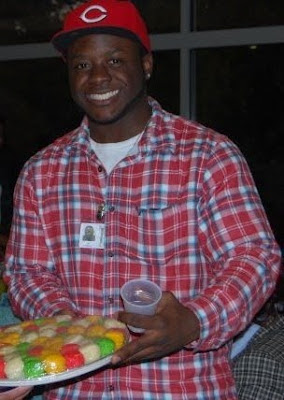 When Joel Livingston was a boy he wanted to look up to a man.

There were none around because his father was deported to Jamaica when he was 7 and only called once or twice a year. That meant there was no older guy to show him how to ride a bike, to talk to about sports. Growing up in the Bronx, his mother stayed on top of him, made sure he was doing his school work and staying out of trouble, but he had the type of questions, like those about sex, that a boy just can't ask his mom.

As some people get older, they surround themselves with the parts of their childhood that they missed. Livingston, however, has chosen to surround others with the thing he missed most during his childhood. He wanted a dad, so he's making sure he can be a father figure to others.

And he's helping his fellow students do the same. In 2010, he founded a group for University at Albany students to become mentors called R.A.C.E., which stands for Reclassifying All Children Equally. Seventy-seven students have signed up, and they all act as mentors for youth in the Capital Region.

Almost every day, Livingston, 21, meets with a boy in an Albany elementary school. He is a mentor for six in total. He wakes up at 6 a.m. on Saturdays to go to their basketball games. He shows up at their schools before 8 a.m. to sit in the back of their classrooms at Eagle Hill elementary or Albany Community Preparatory Charter School.

"They're not used to having somebody watch over them, it shows somebody cares," he said. Livingston hit upon a simple idea.

Show someone that you care. Listen to the kids. Play basketball with them. Hang out. You're there, that's what matters.

He works with the Big Brothers Big Sisters and the Albany Police Athletic League to find kids who need another adult in their lives. Some weekends, he does volunteer work with them at Habitat for Humanity or the JC Club, Pastor Charlie Mueller's food kitchen.

Livingston gives his boys looks in class when they're not paying attention. He's a big guy, with a deep voice. They listen. He's already seen some grades go up, and behavior marks rising from 1s out of 4 to 2s and 3s.

He carries his old elementary school report cards to show kids that he once had bad grades. Look at this, he tells them, you can turn around your grades. I did. Don't look at yourself as a "bad kid."

"Because they're being labeled as delinquent, it's hard for them to change," he said. 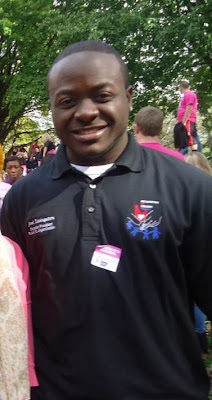 After about an hour or two in a school, Livingston gets back on the bus to UAlbany to finish up the few remaining credits of his bachelor's degree in criminal justice. He scored a 4.0 grade point average last semester. He texts the students and messages them on Facebook a few times a day to ensure they're doing their work.

Next year, Livingston plans to either work as an educator for Teach For America or enter Columbia University for a graduate program in school counseling. He says some day, he'd like to come back to Albany, to be the superintendent, to walk the school hallways and stop a young man and ask him "Did you do your homework?"