The Journey We Take Together -- Part Twelve 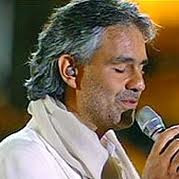 Listen, I’d like to write to you as if you were all close friends. So here goes: I’ve been feeling like shit.

Outwardly, I’m sure no one noticed; but inside it was bad. I couldn’t write. Not even one sentence you’d be interested in reading. That phone call with the heart transplant nurse did it (Part 11). She told me all the things I really didn’t want to know. And then some.

After that, all I wanted to do was break my back tilling the soil in our garden. Feeling the dirt between my fingers. Smelling that smell that is nature’s essence: wholesome, good and clean.

But now a few weeks have passed working in the yard and I really can’t say it’s cleaned my mind. Not cleared; cleaned.

We need an unexpected bang sometimes, to shake us up and see things better.

I’ve been locked in this house with Sandy and his illness, but last night I got one.

We went to an Andrea Bocelli concert. We had lived in Italy for eight years. No matter how good the music is in America, for me it can’t match a virtuoso Italian singing in his own language.

At intermission, Sandy and I walked outside. As usual, we were thinking the same thing. How could they put this man in an ice hockey arena? The first half had been a jumble of mismatched pieces to please every part of the audience. Maybe I had put too much on my one night out.

We returned to our seats and that’s when the unexpected bang hit. Suddenly the real Andrea Bocelli was on stage, smiling, laughing and sweating as he hit those impossible notes. Now he was fulfilling the audience’s craving. This wonderful man with no sight was getting his bang, too.

For me, this moving performance was enough. 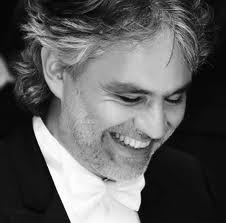 Bocelli had such a hold on me that I felt the bad feelings of recent months drifting away. In their place came his warmth and exhilaration.

The next morning Sandy had to go to Miami for a visit with the transplant cardiologist. He dressed himself as impeccably as he used to. He looked so gorgeous. And he wanted to go alone; the first time ever I didn’t go with him. The concert had had a hold on him, too.

I went back into my garden. There was a feeling of excitement as I looked around with fresh eyes. When I’d been down, I hadn’t realized how wonderfully it was coming together.

My “ bang” continued all day—even when I had to mop the floors after heavy traffic from the Schnauzer Sisters---who earnestly dig along with me in the garden, believing we’re building a dog agility course.

Thank you Andrea, for that big bang.

Writer Susan Prisant lives with her husband Sandy, and their two dogs, Dolce and Vita, in Florida. Both Susan and Sandy are engaged in long writing projects; Sandy, who has had a lifelong kidney ailment, is now awaiting a kidney and heart transplant. His project is called "The Journey We Take Alone." To read more of each their writing projects, simply type their names into the Search function on MyStoryLives.