The Supreme Court’s ruling earlier this week (the McCutcheon decision) makes it easier for the rich to buy political power. The court ruling highlights the big question raised by Thomas Piketty’s new instant economic classic, Capital in the Twenty-First Century. 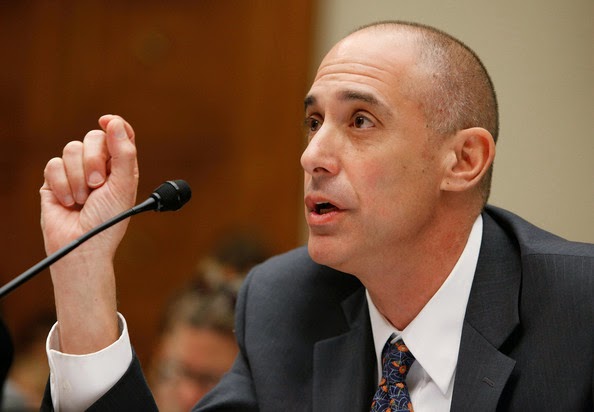 What chance is there for our democracy to stop the relentless accumulation of wealth by the richest few?

The core lesson of Piketty’s book, based on extensive analysis of data, is that, as Eduard Porter summarized in the Times, “the economic forces concentrating more and more wealth in the hands of the fortunate few are almost sure to prevail for a very long time.” Piketty says that as the return to capital exceeds economic growth, an ever larger share of national income goes to the owners of capital, the managers of capital and to their heirs.

Economics can’t reverse this, Piketty warns. Only “political action can make this go in the other direction,” he told Porter. The political action he recommends is global taxation of wealth and highly progressive income taxes. As James Galbraith points out in a review of Piketty’s book in Dissent, labor policies like raising the minimum wage and empowering labor unions would also work to share increases in national income more fairly and reduce income inequality, as would robust inheritance taxes.
Policy solutions are easy to come up with. The enormous challenge is that the more wealth is concentrated, the harder it becomes to enact those policies.
That’s not how it is supposed to work in a democracy. In theory, if the great majority of people are doing worse, while a few are doing much better, the majority should be able to change the policy at the voting booth. As just about anyone in America will tell you – from the Tea Partiers who decry crony capitalism to the Occupiers who rail against the 1% (I’m with them) – that’s not happening.
In the last few years, several academic studies by Larry Bartels and others have documented that what the rich believe prevails in politics and what the rest of us think has relatively little impact. The most recent study, released last month, was summarized in Forbes this way:
Those who have assets worth $40 million or more, hold undue sway over the positions politicians take on issues ranging from health care to global warming to defense spending. The wealthiest Americans, contends the paper, are more conservative than the public as a whole on many issues, and U.S. public policy reflects that.
That academics are finding what everyone outside of the five-member conservative majority in the Supreme Court believes – money buys influence, not just access – is gratifying, but hardly surprising. Of course, the political clout of the wealthy is based on more than just campaign cash. It’s control of major media and of much of academia. It’s control of people’s lives, so that corporations can threaten to cut jobs due to pro-labor policies and those threats are too scary for many people to risk challenging. It’s the prevalence and convergence of the conservative narrative, creating the “false consciousness” that leads so many people to vote against their own economic self-interest.
If we look to American history for guidance on whether democracy can rally, the lessons are not clear. For the first three centuries of European settlement of the United States, the opportunities offered by the expanding frontier relieved the pressure for economic justice. But as the frontier closed, the political pressure for policies to rein in corporate concentration and provide basic labor rights intensified. The result was the landmark legislation enacted in the Progressive era, from income and inheritance taxes to child labor laws to trust-busting. But that didn’t stop the huge rise in income inequality that led up to the stock market crash of 1929.
The New Deal provides more positive evidence that if it gets bad enough for enough people, the political system will respond dramatically: regulating finance, establishing labor standards and the right to organize, providing for social insurance, government job creation. Still, it took a world war for the political system to make the all-out investment in jobs and conditions for growth that built the great post World War II middle-class.
So where does that leave us in 2014, after 40 years of slowly stagnating wages and gradual but relentless shrinking of middle-class reality and hopes? My first boss, Ralph Nader, wrote that “pessimism has no survival value” and 39 years after he hired me I continue to follow that advice. I can see many positive signs that we can successfully organize the political will for progressive policies to create an America that works for all of us, not just the wealthy few.
Most encouraging are new movements, by low-wage workers and by people demanding we stop killing the planet. I’m encouraged by the Millennial generation’s belief in community and embracing of diversity. And by the rising American electorate of women and communities of color who share with Millennials a belief in collective action to care for our loved ones and our communities. I’m lifted by the election of a growing number of economic progressives to local and state leadership and most recently to Congress. All of these groups share a deep concern about the state of our democracy, reminding us as well that with a switch of just one vote, the Supreme Court can reverse the disastrous Citizens United and McCutcheon decisions, as well as the damage done by striking down key parts of the Voting Rights Act.
Can the powerful forces Piketty describes by turned back by a resurgent democracy? Two thousand years ago, Plutarch observed, “An imbalance between rich and poor is the oldest and most fatal ailment of all republics.” The stakes in the 21st Century are still that great. Don’t mourn: organize.
Richard Kirsch is a Senior Fellow at the Roosevelt Institute, a Senior Adviser to USAction, and the author of Fighting for Our Health. He was National Campaign Manager of Health Care for America Now during the legislative battle to pass reform. This post first appeared in Roosevelt's blog, NextNewDeal.

Richard: my hat's off to you. No one could have said it better. Unfortunately the real question is what can one do. The rich having all this power don't let us little guys in and only make it harder and harder to create any change. Thanks for your blog, elaine