How do you write a poem when you feel like a totally blank page?
What do you do when your emotions have been swallowed up by the wind?
You dip into the memory bin and recall a single red clover. Twice 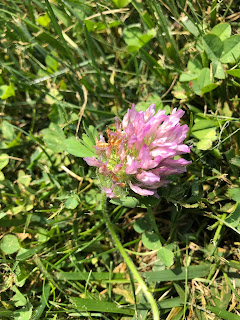 last week while you were jogging, you saw that flower sitting
alone in a shaft of sunlight. It stopped you. It brought a smile.
And on another run, you saw that bright red and black bird.
You think it was a scarlet tanager - exciting because it’s rare for this area.
And then this morning, while you were doing your exercises
beside the meadow,
you saw a coyote streak after a tiny fawn just a few feet away
from where you lay doing leg lifts.
At top speed the animals dashed into the thick underbrush.
You screamed, fearing for the fawn.
But a few moments later, the tiny deer
emerged, unscathed. A few moment
after that, a doe sauntered into the meadow, and headed
in the direction where the fawn had gone. 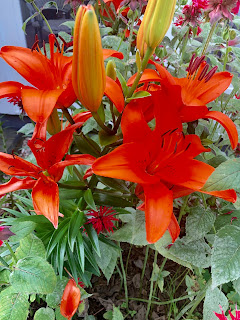 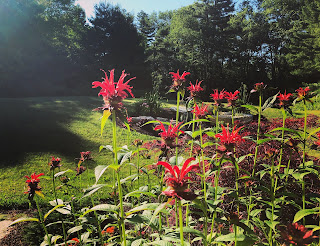 the red bee balm and the purple cone flower. All you can do is write
what you see and hope to be inspired by it.
At least, by writing it down, you’re creating a record.
It is something like sending a thank you note to the
universe, for sending life your way. 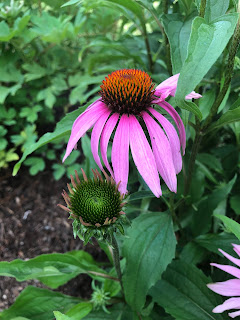