I'M SO ANGRY I COULD SPIT!

There's a chilly rain falling this morning and a promise of colder weather to come. Today is not the day to go walking, or garden. Today is a day Leah is forced to stay inside and comfort -- and confront-- herself.

Last night she had a dream that her husband was so angry at her that he turned a light shade of lavender. His face looked like it was going to explode! Leah can't understand why he is so angry at her. What has she done?

When she mentions the dream to Mary, a Jungian psychologist deeply familiar with dream interpretation, the mystery is solved. 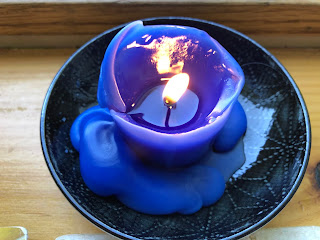 "You are afraid of anger," Mary reminds her. "You grew up with an angry father. So now you are using your husband as object to have to deal with your own anger. You are forced to look at, and forced to recall that that's what your father would do."

Leah still isn't convinced. After all, she doesn't feel angry.

"You think it's coming at you from someplace else," Mary says, "but that's simply called projection. You're really angry and your feelings of depression are really you suppressing that anger."

When she stops for a moment to think about it, Leah realizes that Mary is right. She is angry. She is furious in fact.

For one thing, she is pissed off that the pandemic -- she calls it the "pen-damnic"-- has kept her from seeing friends and loved ones. It has kept her from holding her grandchildren for six goddamn months. COVID has also kept her from traveling to Denver to see her daughter, Lindsay. 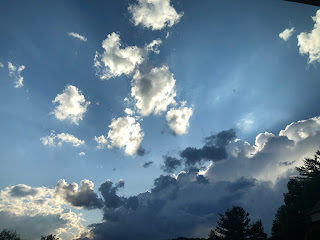 And then of course there is the upcoming election -- a thoroughly nerve-racking situation for the whole nation. And then there's the everyday reality that we continue to have to deal with the worst President in history. The so-called Presidential debate that took place this week -- Leah couldn't bring herself to watch more than a few minutes -- was just one more demonstration of the lunacy that surrounds Donald Trump. Thinking about the President fills her with red hot anger. 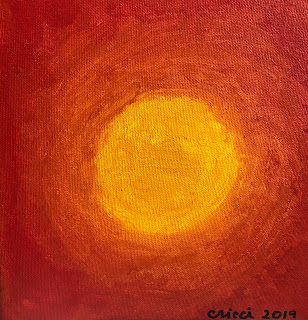 The suggestion that he might contest the outcome of November's election and not yield up power makes Leah quake inside. It makes her want to do something violent like rip Trump's face off!

So yeah, there are things that make her angry. Furious. And scared.

Just writing this makes her palms sweat and her heart beat a little faster..

She doesn't know what to do with these emotions. In her meditation this morning, Leah was asking for serenity.

But she carries Mary's message in her heart.

"Stay conscious of the anger, don't suppress it. Allow yourself to have the feelings. And then find a way to feel good in spite of the anger."

Acceptance is key. "If you can accept it, if you can LOVE YOUR ANGRY FEELINGS, then the anger will flow out of you. You become a big river where the emotions just flow out. Acceptance wides the channel that allows the anger to come through. Love becomes the air, the sea and the sky and everything we breathe."

Mary tells her to place her hands on her heart and say to herself, 'I open to accept everything I'm feeling. Love surrounds me. Where am I blocking feelings instead of feeling them and letting them go? 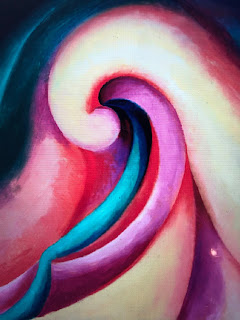 So Leah does just that. She places her hands on her heart and she imagines a hot red river of fury flowing into a cool beautiful blue ocean bay. She sees the anger flowing out of her body. She sees the hot red water reaching the cool blue bay. The anger turns to steam and the bubbles rise furiously to the surface and float off into the sky.
Leah breathes in and out, very slowly, over and over again.
Then she carries that image to her mat, where she begins her yoga. 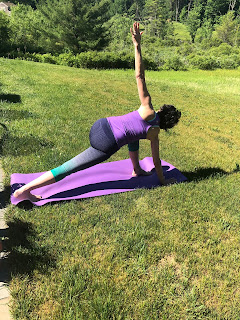 When she finishes the last yoga posture, she opens the door and stands outdside with her arms raised over her head. She feels the cool air. All around her are the brown stalks, the leftovers from her summer perennials. There are a few annuals still in bloom but it won't be long now before they succumb too.
Suddenly Leah is furious about fall. Spring and summer were so lush and alive, and now, she thinks, I've got to live through six or seven cold and gloomy months.
She inhales. She feels the anger. She puts her hands on her heart and she starts breathing. She imagines herself breathing love in and out of her chest.
She tells herself, "If I have to, I'll do this for the rest of the day."
Posted by Claudia R at Saturday, October 03, 2020