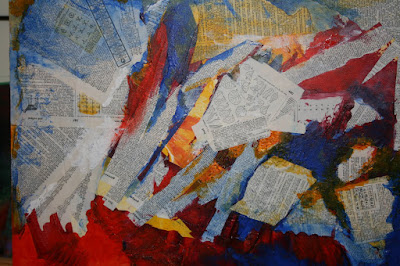 NOTE TO READERS: It was only when I went to post the following chapter this morning on the "Castenata" blog (where I am telling the story of a nun, Sister Renata, falsely accused of murdering her cousin) that I realized that THE TWO BOOKS I AM WRITING -- the fictional "Castenata" and the non-fictional work, "Sister Mysteries" -- have now converged here in a number of rather remarkable ways.
In this chapter of "Castenata," Sister Renata (writing in her diary on July 30, 1883) is enraged at the physician, Astorga, for the cruel mercury treatments he inflicts on Antonie in an attempt to cure Antonie's syphilis.
Readers of "Sister Mysteries" will surely be reminded of Chapter 16, and my own outrage at the doctor at Sloan Kettering, who in July, 2003, INSISTED THAT I NEEDED A STEM CELL TRANSPLANT when I didn't. A specialist at Dana Farber in Boston confirmed a few weeks later that the doctor at Sloan had screwed up, and that this outrageous physician was motivated to put me through the hellish and life-threatening stem cell perhaps because he was DOING A RESEARCH PROJECT AND I FIT THE BILL. The rage that Sister Renata feels toward Astorga is precisely the rage I felt, and still feel, toward the oncologist at Sloan, who was at best, inept, and at worst, unethical.
It is remarkable to me that I wrote the following fictional material -- all in Sister Renata's voice -- seven or eight years BEFORE my cancer, and before my deeply disturning encounter with the oncologist at Sloan and all of the issues attendant on brutal medical treatments.
There are a few other remarkable coincidences that have emerged here, too:
1) I saw the doctor at Dana Farber on July 30, 2003. Meanwhile, I had dated this Sister Renata chapter (which I wrote in 1995) JULY 30, 1883. It is only this morning, again, as I went to post Renata's diary chapter here, in its logical order, that I realized this astonishing convergence of dates.
2) The conversation that Sister Renata has with Dr. Astorga addresses the issue of the cruelty of mercury treatment for syphilis. By at least one historical account, mercury treatment is part of a long tradition of "unethical" medical treatment/research. According to the medical journal Dermanities, "mercury is the earliest known chemotherapy for syphilis."
3) Readers of "Sister Mysteries" will recall, in Chapter 16, that my cousin Carol is now suffering desperately from the after-effects of TWO stem cell treatments that she got for non-Hodgkin's lymphoma. I REALIZED JUST THIS MORNING AS I WAS POSTING RENATA'S DIARY, that Renata's cousin, Antonie, and my cousin Carol, are BOTH in San Francisco suffering from the by-products of the horrific medical treatments that were supposed to help them.
I wish I understood these "coincidences," but at some point, it doesn't really matter. It is just remarkable that they keep happening! 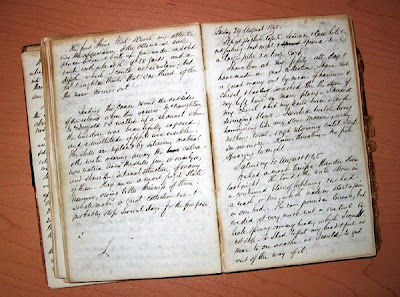 Renata’s Diary
July 30, 1883
It is well past two in the morning as I sit down here to write in the diary, but I am still trembling and quaking after my encounter with Astorga. It shames me to think that he could make me so enraged, that at one point I thought I would kill him with my bare hands. And so now, before I sleep I must write my thoughts. I must tell what hell I have been through and how it all came to spill over.
I am so terribly weary of San Francisco. It may serve Antonie’s purpose, although that too now looks doubtful. But clearly this is no city for a lady, let alone a nun. I have never spent so much time away from the convent, and the simple routines of country life.
I miss the hazy blue views toward the coast, the golden hills to the east, the smell of fresh air everywhere around me. San Francisoo is crowded, dirty, and life is rowdy, to say the least, and our hotel, while the most comfortable the city has to offer, still attracts a rough and uncultivated lot, particularly to its first floor bar. 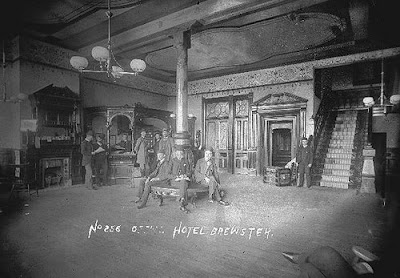 Most of the time, I walk the city streets with my head bowed, staring into the wooden slats of the sidewalk.
We have been here now past one week, but still there is no predicting how much longer we will stay. There is no saying either how the quicksilver treatments will go. We are living one grueling day, one hour, to the next. We are unsure whether anything in Doctor Astorga’s bag of tricks – bichloride of mercury injections, the mercury rubs and plasters, the ungodly concoctions by mouth that mix potassium iodide into syrup of sarsaparilla or zingiberis—will work. Indeed, all these bizarre treatments and odd brews may fix nothing, and only make my cousin worse. Dr. Astorga won’t admit it, being the proud man he is, but I believe that the mercury and iodide treatments may in fact kill Antonie faster than the syphilis itself will.
So far, the doctor claims, it seems that the injections – or perhaps it is the ointment – have helped. The lesions do seem better. But in exchange, Antonie is coated in gleaming circles of silver ointment, making him into a quilted patchwork of thin mirrored coins. Worse, he has now begun to salivate, and even occasionally, to vomit blood. When that happens, I only wish I could run away. But I continue to do my duty and stay, and mop my cousin’s face and remove his soiled gown and take away all evidence of his wicked illness. 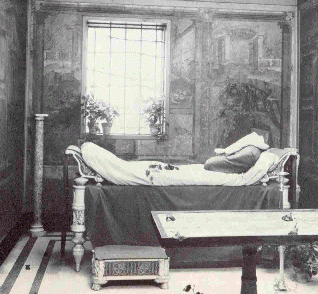