An Aging Handyman's Guide to Self-Repair 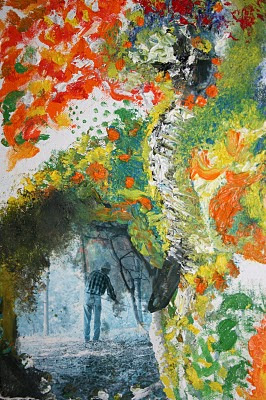 I stood near my neighbor’s house watching the TV satellite dish repairman drive his van into the pasture. He apparently didn't realize how swampy recent rains had left the ground. When he tried to return to the road, the van just dug itself deeper and deeper into the mud. He placed planks beneath the van’s wheels but the van only worked itself farther into the swampy goo.

"Can you help? I've got to get this out or my boss will kill me." Expressions of fear and frustration alternated on the repairman's face when he called out to me. That was my cue to take charge. I offered to walk home where I could get a towrope and keys to the truck parked nearby. After attaching the rope between his van and the truck, pulling the van back to the road was easy.

Because I’ve lived in the Northeast for over 40 years, I’ve garnered a lot of experience freeing stuck vehicles. It felt good to use that experience to outthink and outperform a much younger man, indeed to rescue him from the potential wrath of his boss. I found myself gloating, “Experience counts. Still smart!”

Yes, I really did gloat, even if only to myself.

Not too long ago, as I completed the purchase of a 50-pound bag of dog food at the local feed store, the perky young woman cashier asked. “Would you like me to carry that to your car, sir?”

Now that was a sensible enough query from a customer service rep. But I resented it. “She’s thinking that I am too old and too weak to carry 50 pounds. I’ll show her.” I picked the bag up with one hand, and although barely able to lift it, I kept a smile on my face until after I placed it in the bed of the truck.

I spent every last ounce of strength I had, but my self-image remained intact.

A few weeks back when I decided to replace the faucet on a bathroom sink I experienced great difficulty working with my arms over my head while lying on my back beneath the sink. It got worse when I initially failed to muster sufficient strength to turn the nuts on the bolts attaching the faucet to the sink. A little more than two hours later, I finished the job. When I was younger, this had been a routine repair for me, doable in a half hour or less.

I grew angry at my body for aging and slowing me down.

Wishing to develop more realistic expectations for myself, I've recently modified my morning centering exercises. Kathy's a late riser so the early hours are usually mine alone.

My first waking act is to savor her presence as she lies there next to me, a presence I've enjoyed since 1970. Then, still lying in bed, I mentally examine each of my body parts, seeking the assurance that they're all still there and functioning reasonably well.

When I rise, I shuffle into the bathroom. I don't really prefer shuffling to walking but it's the best I can do early in the day. Before shaving, I study the face and body reflected in the mirror. For starters, I forgive myself for harboring the expectation that my body should still look and perform as it did forty years ago. Whether it’s learned from picking up feed sacks, freeing nuts from rusted bolts or a more recent eye-opening endeavor, I acknowledge that I have less strength and agility than I did when younger. I forgive myself for finding, in another’s misfortune, the chance to prove my continued worth and then worse, gloating over it. And in that manner I take stock of my expectations and my reality.

As I prepare to shave, I wonder what my reality will be in the coming day, what family and friends I may encounter and what stories we will share. I know there will be opportunities to read, to listen to my favorite music, and perhaps even to do something creative myself with wood or words. I choose to live the day, thankful for past experiences, but freed from the desire to hang on to what is no more. Looking forward, holding hands with the new dawn, I embrace whatever I am becoming.

Love the words that Al uses to describe the mysterious, awesome, process of aging. Thank you for this lovely post.