"The Journey We Take Alone?" Part 2

A baby. A son. The first-born. To carry on the family and its name. Alexander Prisant.

But there was not a second of joy. Within hours after I was born, doctors informed my parents that their first baby was going to die. 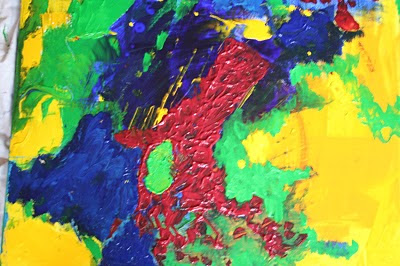 —in the name of science—to try to understand what had happened to my kidneys.

My father agreed, and in so doing, saved my life. It was only the first time.

That was how it began. And it hasn’t changed much since. Always testing. Always on alert. Often, so very often, defying the odds.

In my case, I had to learn to live with an illness that can at any time be fatal. Illness has made me into the person I am. It is with me when I wake up and instinctively first look at my toes to see if edema (fluid build-up) is forming in my feet because of decreased kidney function. It is with me when I mentally sort through the scores of seemingly harmless foods that might hurt only me---from guava juice to baked beans. It is with me when I think about health reform and America’s strange blindness to the need for universal health care -- why can’t we manage to provide health care when all other advanced nations already have it?

My illness has no doubt made me a much more compassionate thinker when it comes to political issues – much more compassionate than many of my more conservative friends and colleagues who have no constant, immediate connection with their own mortality. Someone once told me: “Dogs don’t worry about much—they think they’re going to live forever.” A painful connection to one’s mortality often colors ones political views. When you’re feeling invincible, it’s tough to care much about the less invincible.

It all started in New York. Me, as a baby. I had an obstruction in my kidneys. Urine is of course toxic and it was backing up and destroying my kidneys. There was a congenital obstruction in the ureters—the tubes that bring urine from the kidney to the bladder.

At the time there was little to do but have tubes from the ureters sticking out of my body to drain off urine, to temporarily stop it backing up. Doing this meant a few pretty profound things. For one it meant that I couldn’t move. Literally. It meant tying me down, as an infant, to a hospital bed.

It also meant me having a trained nurse 24/7. In those days such a nurse cost $300/week. At the time my father was one of the most successful young architects in America. Still, he was earning only $200 a week.

I was stabilized, but something would have to change.

It did. My father’s whole career. In 1945 he had made a name by being one of the winners in a national competition held by the Chicago Tribune to find residential designs for the coming baby boom as the troops returned from World War II. He was credited with developing an early version of the split-level home. It helped catapult his career. When my illness forced him to earn more, he left a safe, successful design group and moved from architect to lone developer.

On the North Shore of Long Island he laid some of the cornerstones of suburban life, building middle-class homes that drew on his prize Tribune design and planning the first suburban Macy’s in Manhasset, New York.

You can’t live long with open tubes sticking out of the sides of your body, out in the open, constantly vulnerable. Even immobilized you’re always subject to deadly infection.

Which is why my life had to be saved a second time, at Mt Sinai Hospital, when a surgeon showed up there with an idea—a way to artificially get the body to move the urine toward the bladder. It meant suturing some artificial tubing to the ureters, bypassing the obstructions and detouring around them.

It had never been done before. And the hospital didn’t think much of the idea.

They proposed a more conventional procedure—creating artificial sacks as bladders outside the body. These sacks had about a 50% chance of being successfully installed, but would likely only last until I was teenager.

My parents had a decision to make, and they were up against it — should we try an unproven, rogue surgical procedure which might offer some semblance of normal life but at colossal odds? Or should they keep me – still a baby -- alive with these artificial sacks, only to lose me as a teenager?

OR, should we do nothing and just keep praying?

What would you have decided for your son? With no medical training, what would you do? First my father asked absolutely everyone.

Then he made a decision that changed my life.

Writer Alexander "Sandy" Prisant, formerly a Vice President of a large Silicon Valley company, keeps a blog called Wordsmith Wars. Stay tuned, as Sandy is committed to writing a diary that he is calling "his last writing project.

Somehow I missed the second installment of your diary. But here is my response. Your writing is gutsy and powerful. You’ve opened Pandora’s Box. And thank G-d for that. When you talk about your chronic illness, your father’s support, and the risky medical choices that had to be made, you open a discussion that may continue for decades or centuries. How do we cope with life threatening illnesses? How do we talk about our mortality? How do we face death?
Like many of my generation, I too cope with chronic illness. I have had an intimate relationship with death through the eyes and souls of my patients, my family, my friends, and through my own horrific experiences. Yet here I am, a survivor, talking to you, another survivor.
I don’t have answers. Every day, I search for G-d and struggle to make sense of a chaotic universe in which bad things happen to good people. While there are laws of nature, I find the ubiquitous presence of injustice and evil intolerable. Therefore, I write and act as a catalyst to help people heal.
Your diary is inspirational. Keep writing.

I knew Sandy when I was 18: I knew him when I was 28, 38 and pretty darn close to 48 and then the lines of familiarity blur.
What happens? Who knows.
I knew Joe, Helen, his brothers. Susan was my Matron of Honor.
These people were my friends and I loved them all. Especially Joe, Sandy and Susan.
Sandy was always, well since birth but also since I knew him, in the health-care-moment though one might'nt have known that.
His meds were powerful, omnipresent; he was always in and out of medical care.
BUT: Always smiling, engaging, powerful in his waking presence, powerful in his sleep, and he did that a lot….
He is a survivor of the utmost degree. With humor, wit, intelligence, elegance and supreme charm, he has beaten the odds.
I haven't seen this man in a decade or more but thankfully the internet has afforded me access to his ongoing critiques of world events.
He couldn't possibly know this but I have also saved his 5 part testimony to facing his latest health care crisis. And I wish him well.
I remember Sandy as gorgeous, young and vital as he still most likely is and
I miss him to this day.
And will continue to, for ever.
Laura O.