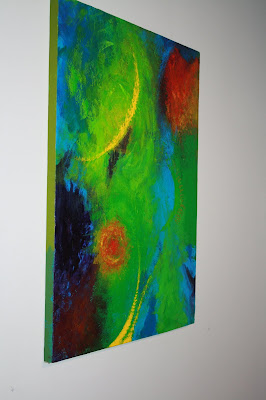 Earlier this year I wrote about the possibility that we might be able to use narrative, or story-telling, as a way of helping us find more peace in our relationships. I'm calling the exercise "Flipping the Script."
Students in both my classes -- including the Happiness class -- are now trying the exercise. In the first part of the assignment, I asked the students to write a story -- with names and details changed -- that would present a situation with another person or persons that has caused some difficulty in life. Many very powerful stories have emerged. The story that follows, by Lauren Johnson, a senior in my Short Story class, is the kind of story I had in mind.
In the second part of the assignment, I am asking the students to think about ways in which they might revise the story, or "flip the script," so that the narrator might address how she or he is reacting to circumstances in the story. Stay tuned to see what Lauren Johnson writes next!
By Lauren Johnson

I stood in the doorway of my friend Ricky’s bedroom, completely silent and stiff. I felt as though somebody had kicked me in the stomach, and I could barely breathe. I watched as Ricky and my friend Kim continued to play the song they were working on before I arrived. They seemed completely unaware of my emotional state as they lost themselves in the music coming from their guitars, smiling and nodding at each other through each riff. They were putting together a song for us to perform at our high school’s respect day festival. But at this moment, it was the furthest thing from my mind.

Kim looked up and began to notice that something was wrong. She slowly tripped over her last few chords before stopping altogether. All of the emotion I had been bottling up in those few minutes that seemed like an eternity began pouring out. I finally started to cry, and Kim immediately ran over to me and took me down the hall to the bathroom. Poor Ricky, like most high school guys, was completely out of his element when it comes to consoling a crying girl. He waited in the bedroom as I began to open up to Kim in the bathroom about what had just happened.

It was a cold February night, and I sat bundled up in the passenger’s side of my father’s Explorer as he drove me to Ricky’s house. I was gushing to my Dad about how excited I was for Respect Day. Singing and music was such a huge part of my life growing up, and I loved having the chance to collaborate with friends. We continued to talk about it for another minute or two, when I saw him reach for the knob on the radio, turning down the volume. This moment of silence was never one that led to good news. Like most kids, I knew that cutting out background music was going to inevitably lead to trouble. I began thinking about what I did wrong or worse, what I would be getting grounded for. Nothing could prepare me for what he was about to say.

“Your mother and I decided to separate” he began, “I have an apartment at a complex across town, and I’ll be moving out this week.” I swear I thought I was dreaming. My parents had been married for over 16 years. This couldn’t be real I thought, my heart pounding out of my chest. I began to flashback to times growing up when my little sister and I would yell at them for making out at the kitchen table. This can’t be real, I thought. This isn’t supposed to happen to me. This is what happens to Jackie’s parents, or Craig’s parents. This is what happens to the 60% of families that aren’t mine.

Sticking to my character, I concealed any sign of emotional distress to my father. I was, after all, his Virgo first born. I was the strong one who acted completely rational and coolheaded even when my world felt like it was falling apart. We began discussing the details of the split, although there is only so much you can cover in a 10 minute drive. We pulled up to Ricky’s house, and I told my father I loved him while getting out of the car. Little did he know it was taking every fiber of my being to keep from screaming out loud. I began feeling a flood of emotions from sadness to anger. 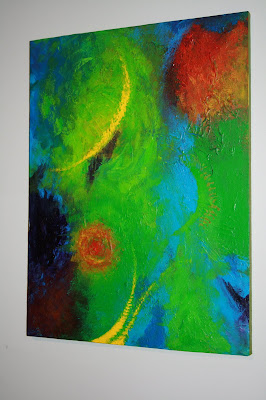 Everything from “how did this happen!?” to “how could he tell me like this, in a ten minute car ride?!” began to race through my head.

I took a moment to compose myself, as I walked through the front door and began to slip off my boots. My heart continued to race. “Take a deep breath!” I told myself, but my heart wouldn’t cooperate with my head. I heard the faint sounds of two guitars playing in the background. I took one last big breath, and began to head up the stairs to finally face the music.

Writer Lauren Johnson is a communication major and a double minor in business and psychology. A native of Clifton
Park, N.Y., she is moving to New York City this summer after she graduates to pursue a career in fashion. "I'm currently applying for positions in human resources, public relations, and buying," she says, "It's very exciting!" She adds: "I love to write in my spare time when I'm feeling inspired."
Posted by Claudia R at Thursday, March 17, 2011