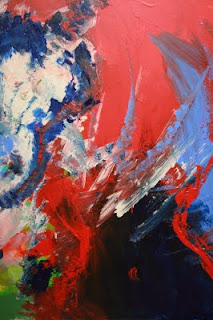 
Note to Readers: Some women might be drived to wail or scream over menopause. Writer Jo Ann Losinger took a far more creative approach. She wrote a poem. Actually, it's a song, to be sung to the tune of Billy Joel’s "She’s Always a Woman to Me."

She can kill with a scowl
She can wound with her eyes
She can ruin your day with her cramps and her sighs
She reveals too much, what you don’t want to see
She cries like a child
She’s Menopause Woman (That’s Me!)

She can lead you to lie
She can take you or leave you
She can bark for the truth
But she’ll never believe you
She’ll turn the AC to a setting called freeze
And she sweats like a hog
‘Cause she’s Menopause Woman (That’s Me!)

She won’t take care of herself
She can’t wait for the flash’ end
She’s behind her prime time
Oh, and she never goes out
She never gives in
She just changes her mind

She’ll never forgive
The post Garden of Eden
Then she’ll silently curse
The fact that she’s bleedin’
She’s rarely her best
But the worst she can be
Blame it all on someone else
‘Cause she’s Menopause Woman (That’s Me!)

She’s frequently hot
Then she’s suddenly cold
She just wants to sleep, she feels so damn old
Her temperature’s up by at least 10 degrees
And watch what you do, she’ll throw daggers at you
She’s Menopause Woman (That’s Me!)

Writer Jo Ann Losinger planted a firm footprint in commerce development for the Norman Rockwell Museum in Stockbridge, Massachusetts during a 9-year tenure as Director of Earned Revenue. Her rule-defying ideas have enhanced the visual and performing arts, as well as the retail industry. Stay tuned for her book, "Memoirs of a Marketing Madam."
Posted by Claudia R at Thursday, June 16, 2011