WAS REPORTER JOSE ANTONIO VARGAS WRONG TO LIE AND BREAK THE LAW? What do you think? 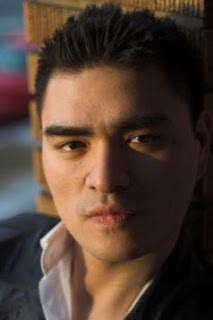 Don't miss the New York Times' magazine piece today on Jose Antonio Vargas, the former Pulitzer prize-winning Washington Post reporter who admitted this week that he is an undocumented immigrant and that he's been lying for years about his immigration status.

NPR did an interview with Vargas Friday afternoon, and listening to it, I cringed. NPR host Michelle Norris asked Vargas very pointed questions about why he lied; she told him too that he never said "I'm sorry" for all the lying he did over the years.

After hearing the NPR interview, I immediately read the Times' piece, in which Vargas begins by explaining how his mother woke him up one morning in 1993 and when he was 12 years old. With no warning or preparation she handed him a jacket and stuck him in a cab and sent him off to the U.S. to live with her parents. Vargas was in the sixth grade. He proceeded to grow up in Mountain View, California, loving his home and family, and feeling like an American citizen.

Reality struck with a vengeance a few years later: "One day when I was 16, I rode my bike to the nearby D.M.V. office to get my driver’s permit. Some of my friends already had their licenses, so I figured it was time. But when I handed the clerk my green card as proof of U.S. residency, she flipped it around, examining it. 'This is fake,' she whispered. 'Don’t come back here again.'"

Vargas tells a heart-wrenching tale that got me close to tears. It's the story of how, for the past 14 years, he's lived a complicated life full of lies and strategies to keep employers and the government from finding out that he is undocumented. To my mind, this is a life he had no choice but to live, as he was trapped in a situation that he hadn't asked for. His solution was to try to be as successful as possible. He writes: "I convinced myself that if I worked enough, if I achieved enough, I would be rewarded with citizenship. I felt I could earn it."

One thing is clear: he has worked hard enough. I had the pleasure to meet Vargas in the spring of 2009 when I was teaching a graduate journalism class at Georgetown. Vargas agreed to speak to my class. He was a lively, provocative guest speaker. It was clear to me and others that he was deeply driven. Looking back, and knowing now how tortured he was by his situation, his somewhat frenetic personality makes a lot more sense to me. And I've got a lot of sympathy for him, and the predicament he faced.

By coming clean about his status as an illegal immigrant, Vargas opens himself up to legal prosecution. His lawyers advised him not to go public, but he explains in the Times' article that he is tired of living a lie. "I’m done running. I’m exhausted. I don’t want that life anymore." He also admitted not too long ago that he is gay.

Vargas is what is known as a "Dream Kid," an immigrant children brought to the U.S. as a child, without documentation. The DREAM Act, which passed the U.S. House of Representatives last year, failed in the Senate because of the filibuster. The law would give citizenship to young people who are undocumented immigrants who have grown up in the U.S. Vargas says he hopes to help lead the fight to get the DREAM Act passed.

In the NPR interview Michelle Norris challenged Vargas, asking him if this story of his lies and lawbreaking wasn't just going to be about him. Vargas responded: ""This can't be just about me. I'm hoping to use this conversation in a broader sense. I want to look at this issue as holistically as possible and not play political football with it."

Reading the story, I for one think we need to cut Vargas some slack. The fact that he's come forward and confessed took a huge amount of guts. It's a big legal and emotional gamble and I am of the mind that it was the right thing to do. What do you think?
Posted by Claudia R at Sunday, June 26, 2011