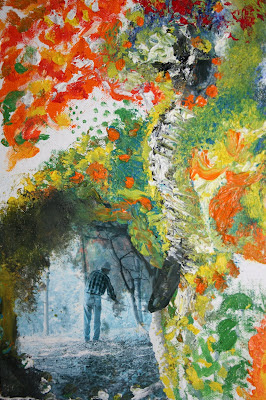 When Mom first told me Papa was dying, I was mortified.

I can still replay the day vividly in my mind. I was sitting in our plain, white walled, living room with the white-carpeted floor covered in dirt and stains. I sat on the old firm, green couch there, prior to the remodeling of the inside of the entire abode that is now in our basement. The colossally tall, bulky television was on, but there was an irritating glare coming from the left of the room, probably off the painting over the fireplace of the abstract imitation of a woman in the fifties. It was a portrait that a famous artist, who happened to be a companion of my grandmother’s, gave to my mother as a housewarming gift. I always hated that painting.

I was watching a movie: approximately 53 minutes into “Superman Returns.” Ironic. That’s what Papa always seemed like to me.

I whispered, “No way. Impossible.” Superman 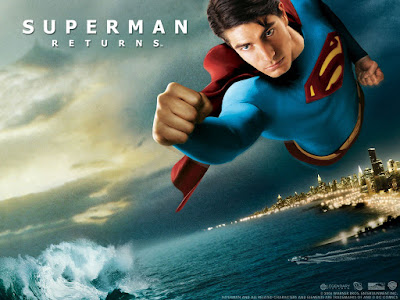 is the man of steel, how could he be dying? How could a person so wholesome and golden right to the core rot away on some hospital bed? Anyone who can tolerate my grandmother for so long a time deserves nothing but a long and prosperous life free of pain. It just wasn’t right.

I knew he was sick for quite some time. He’d been living in our house at certain times because my grandmother was entirely unfit to care for him. She’d yell at him if he wet himself before making it to the bathroom or scold him for falling asleep while sitting up and watching television. The treatment he received from that wench was just plain unfair and unjust. She would watch him eat while struggling to keep the fork in his hand. When he ate, he was feeding what was left of his mind. He was still the same man she married, but his body was slowly decaying, dragging his beautiful soul right along with it. She couldn’t accept that.

Mom sat down next to me. We shared a brief moment of silence, and then she spoke. “Papa’s sick, Banana.” I stared blankly at the space beyond my mother’s nervous facial expression. “I don’t think he’ll be able to make it to your Bat Mitzvah after all.”

She was right. He didn’t come. I was devastated. Everyone told me he would be better by then. I saw him just a few days prior and he had some of his old, glowing aura surrounding him. I felt deceived, as if the world was lying to me, trying to shield me from a darkness that they felt I was not ready to face. And yet, I wanted so desperately to unearth it. I wanted to know my grandfather more than I ever had before, while I still had the time, even if it meant knowing that I’d lose him so soon after.

I made sure to light a candle and share a prayer for him that night for everyone to hear. I asked everyone to pray along with me.

The following week, one of my good friends was having her bat-mitzvah. It was November 22, 2005. I remember waking up that morning and instantly I knew something was off. Something wasn’t right. I had never seen the house so quiet, not even a television was on nor did the noisy floorboards murmur like they normally did. My mother helped me get ready in silence. The car ride to the temple was silent. The goodbye I shared with her was silent. I walked into that party lost and confused in time.

And, by the time I blinked, it was over and I was waiting outside for my mother to pull up in her copper Infinity to take me home.

As I sat in the passenger’s seat, she said hello, but not once did she look at me. Her face was white as milk and her facial expression was fake, almost mask-like. Who was this person who sat next to me? I didn’t comprehend anything.

“How’s Papa doing today?” No response. “Mom? Did you see or speak to Papa at all?” Again, no answer.

We pulled up to a red light. As I was about to take advantage of that moment, she pretended to be talking on her Bluetooth. I knew she was pretending because her answers were too quick and normally I could hear the echo of someone’s voice in the earpiece. But all I heard was more silence, go figure.

We finally arrived in the driveway of our house. We unbuckled our seatbelts in unison. She opened her door, but didn’t move.

“Ariana, let’s go inside, it’s cold.” I felt enraged. I could feel my body getting warm, neglecting the iciness of the winter wind hitting my bare legs.

“No, just answer the question!”

“I’m not going inside, because if I do you’re going to tell me something I don’t want to hear!”

She stood there in the doorway, eyes blank as a marble statue’s with her arm raised. She pointed to the door as a gesture to come inside. I stormed in, stomping my feet and headed towards my room. She followed. With each step I took I could feel my eyes turning into waterfalls.

“Banana…” She couldn’t contain herself. She lost her composure. “Papa was in pain. He needed this; he needed for it to end. He’s in a better place now, isn’t that what you want for him? Didn’t you want him to feel better?”

I threw my shoe at my armoire and it made a sizeable crack in the wood. I sank to the floor and sobbed; my mother gently touched my shoulder and whispered, “You’re right.” I crawled to the drawer that I had damaged and touched the fissure I made and began to cry even more. I felt a warm embrace. We sat on the floor of my bedroom and cried together. He was gone, and he wasn’t coming back. No matter how hard we cried, no matter how much we missed him, or how much more we wished we had done for him; that was it. Now, all I have are the memories and a rather substantial fracture in my dresser, which can never be fixed.

Writer Ariana Godles is a freshman at the University at Albany, SUNY, who plans to study journalism and law. She likes to dance, write, and take photographs. She also has an "obsession" for music.