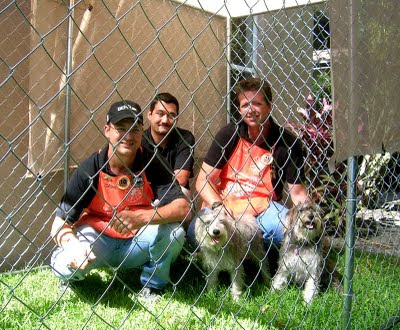 In Part Twelve of "The Journey We Take Alone," writer Sandy Prisant tells a heartwarming story about how Home Depot recently performed an act of great generosity, one that has helped out his two puppies. Pictured at right are Home Depot's team -- Scott, Kerry, and Todd -- along with the Prisant's dogs, Dolce and Vita, fondly known as the Schnauzer Sisters.

It’s so easy for people like me to look at life from the dark side—the glass is always half-empty… life isn’t really a bowl of cherries... you know what I mean. A 24-hour virus can feel miserable for any of us. Now think about what happens with a 500,000-hour virus.

That’s why what happened last week was particularly rare and wonderful. It was much more than a kind word or a hopeful diagnosis. It was real and it mattered. Who (?) what (?) could have done such a thing?

You don’t have to be ill to be suffering in the current economy. So many people have lost their jobs. Their houses, their health care, their hope.

Worse, many major corporations have figured out how to increase profits without adding people. What does America do now?

Well, we can start by looking at Home Depot. They’re big, but they're not making record profits. The past five years have not been easy for them. But Home Depot struck a small blow for the human race last week. 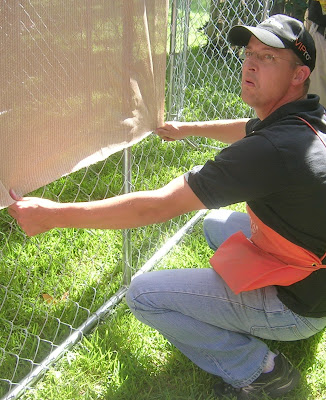 What the company and its people did reminds us of what we were; of what we can be.

Store manager Pamela Bryan at the Boynton Beach, Florida, Home Depot, off Woolbright Road, had learned about my illness through her colleague, Lyndsay Oodlom.

In particular, they realized how deeply my being ill is affecting our two dogs. We have two cuties from the pound--- Dolce and Vita (remember the Fellini movie?). The growing Schnauzer Sisters need ever more exercise and fresh air. I can give them less and less.

It took these people, this company, less than five minutes to make a major decision: Donate, Assemble, Deliver, and Install a king-sized dog enclosure for our yard, to help our girls out.

We’re talking hundreds of dollars at retail, here. Home Depot well understood that medical bills are draining us, so this would have to be a zero budget project, across the board.

That required extra weeks of planning to bring product, labor and logistics together. In the end, Lyndsay’s bold stroke and Pamela’s vision were driven over the goal line by 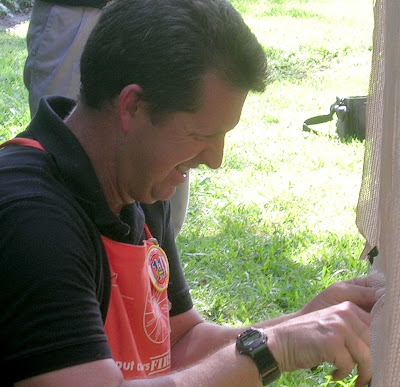 He organized a bunch of good-hearted staffers. They built this 360-cubic foot canine castle in-store. The next day, Todd, Scott Fales and Kerry Morrick somehow got it to our home, miles away, and erected it. They even thought to include solar netting to protect the girls from Florida’s torrid sunshine.

“It was just the right thing to do,” said Gordon.

“Our prayers are with you,” Lyndsay Oodlom affirmed.

Remember when people used to talk that way? And mean it? It was back in the days when we were all doing a lot better. Maybe that was part of the reason why.

So, what can America do now? Well, we can start by relearning that it is, in the end, people who count. We can start by looking at Home Depot. They’re big, but all big companies are not the same. What Home Depot Store #224 has done reminds us all of what we were; of what we can be.

I am writing this on the grass, in the kennel, as a light breeze cools the evening. Dolce and Vita lie peacefully beside me. When life is down to the simple things, this is pretty damn idyllic.

I could ramble on, but maybe it’s better if you just ponder the simple facts here. Think them through. And think what is possible for people, for any of us, to do, to lend a hand to someone who really needs help.

Writer Sandy Prisant, who worked as a management consultant in different parts of the world before he retired, now lives with his wife, Susan, in Florida. In March, he began writing a series about his chronic kidney disease. At the time, he said this was perhaps "his last writing project."