The Journey We Take Together -- Part Five 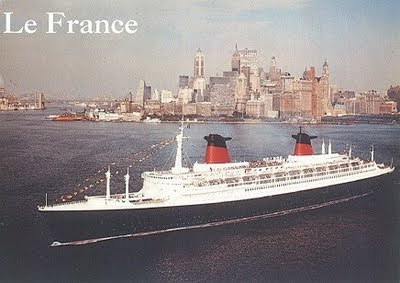 Eloping a thousand miles from home set the stage. We decided travel and discovery would be our mission in life. Were things different beyond America’s borders? We quickly learned they were. It certainly helps to be in your 20's, when anything goes. You’re on a starvation budget, but ravenous for what’s around the next corner.

Renting a room in people’s homes makes it even better. You meet the kind of people that are so warm and friendly, conversation comes easily and you feel you’re becoming part of a larger family.

In the Netherlands, we did just that. We left the MG in the road, baggage and all, walked straight into the welcoming garden and sat down with a mother and three children playing so happily. The husband worked for an Amsterdam newspaper. Two hours later, the sun was setting, we still hadn’t entered the house, but Sandy had been offered an interview to write for that paper.

In Denmark we were waiting for a car ferry. We had time for dinner before the next ferry to Sweden. Looking where to sit in a self-service café, this couple invited us to join them. They were our age, spoke English; talking with them came easily.

They lived in Sweden, in the southern port of Malmö. 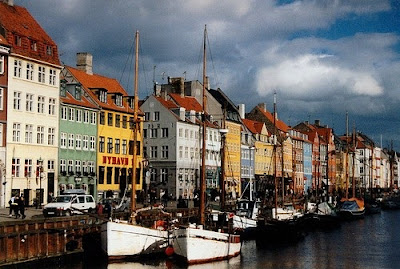 They had a large apartment in the city center. By the end of the ferry ride we had been invited to be weekend guests. The weekend passed, but we stayed. For a month. We learned eight words of Swedish and kept in touch for years

But there was another side to Europe. It was the height of the Cold War. We were anxious to cross the infamous Iron Curtain.

It felt a little like a black and white espionage film. First, the route: we set out from Germany, through fully neutral Austria to the Hungarian border. Second, security: we exposed only our passports to the border guards. I stuffed my underwear with all our traveler’s checks, other ID and the Hungarian currency we illegally bought in the West.

The drive through the Iron Curtain was dramatic, alright. Leaving Austria we entered a kilometer of stateless no-man’s land; then a kilometer of fields kept almost barren to deny cover for potential Hungarian escapees. Then, strung over the horizon both north and south, was a chain of radio jamming towers to block out the West.

Then came huge wooden gates and barbed wire manned by young boys armed with machine guns as large as them. They finally stopped our little white MG, while communications with their superiors began. After two hours, they stamped our passports, but for just 48-hour visas.

As we drove through, the young guards

swung the heavy gates shut behind us. We knew then we were alone. Very alone. We drove on to Budapest and parked the convertible in downtown Buda. We walked the city and watched the people, whom in turn watched us. We came back to find a crowd sitting on the curb, staring at the car. We sat across the street watching them.

For us, the cold war suddenly became very real. As Sandy got back behind the wheel, he felt a crumpled paper jammed into the driver’s seat. The scruffy note was in broken English:

“Meet here tomorrow night on this time. Please. I must get out…”

Everywhere in Communist Hungary, fear hung in the air; the border guards were no exception. Everyone was furtive. No one looked you in the face. For the first time we really felt what freedom meant. Because there was none.

Six countries later we’d run through half of Europe and most of our money.

What the hell? We put on our best clothes, cleaned the car and drove up to the palatial Monte Carlo casino. A man in a black tuxedo promptly opened my door. We walked up the marble staircase, just like we belonged. We toured the tables, watched the croupiers and threw down our chips. Lady Luck brought us a bundle that kept us going until we arrived at LeHavre, home port of the SS France, for our return crossing to the USA.

Our little white MG naturally came back with us. She had been our “crystal carriage” that had shown us the world offered a thousand adventures, and then some.

Writer Susan Prisant lives with her husband, Sandy, in Florida. Sandy, who is facing a life-threatening illness, is writing a series called "The Journey We Take Alone?"
Posted by Claudia R at Sunday, August 21, 2011