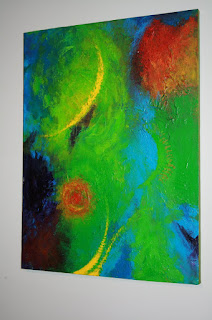 By Ryan Small
It was the day I had been waiting for my whole life. It was my high school graduation ceremony. There I was sitting in front of a class of 250 students and I was blessed enough to graduate with honors. I had never been so happy in my entire life. I walked outside at the end of the ceremony to see my family. Oddly enough, there was a strange woman with them.

Before the woman could speak my father gave me the biggest hug and said “I am so proud of you son.”

I smiled reluctantly as I stared at the strange woman. She had a vaguely familiar look to her.

Slowly she began to approach me. “Congratulations Ryan," she said, "I knew the day you were born that you were destined for greatness.”

At that point I was at a loss for words. My mother had run out on my sister and me when I was five. She had a drug addiction that she chose over her family. Every night until I was nine years old I slept with a picture of her under my pillow wishing she would come back. After a while I stopped praying and gave up hope. I always thought that the day I saw her would be the best day of my life but it wasn’t. I let out all of my built up frustration I had towards her.

“You bitch,” I said with tears building up in my eyes. My father had never heard me curse before.

“I’m sorry for walking out on you and your sister, I just was not ready to take on the role of a mother.”

“Are you serious? It took two kids for you to realize that? Do you know how many nights I stayed up crying because of you? Or how many Mother’s Days I had to endure without a mother? I can’t believe the best you could say to me is you’re sorry!”

“I know I made my mistakes in the past but I am clean now and I want to make it up to you.”

“You must think I am that five-year old you walked out on. I am 18 and I am on my way to college so save your shit for someone who cares. I made it this far without you so you can go back to the crack house you came from, because my mother died 13 years ago.”

My father placed his right hand on my shoulder and said “remember when your sister broke your favorite toy so you scratched her favorite CD?”

I nodded my head yes trying to figure out how on earth this was relevant to the situation.

“How on earth do you expect me to forgive this woman for what she did?”

“Because you’re old enough to understand that she made a huge mistake and forgive her.”

At that moment I looked at her. I stared in her eyes. I couldn’t forgive her for leaving me but looking into her eyes I knew that as much as I hated her, I still loved her. Somewhere inside me was that little boy who wanted his mommy to come home.

I said to her “I would be lying to you if I was to sit here and tell you I forgive you. Maybe one day in my heart I will find it to do so but I just can’t now, it hurts too much.”

I embraced her and hugged her tightly and for no reason at all I said “thank you.” 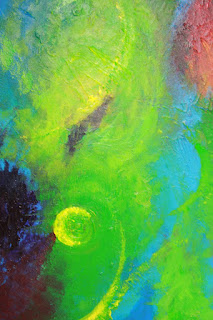 I started to walk home and I didn’t turn around. I lived an hour away but that walk was much needed. Of all the things to say to her I could not understand why I had said thank you. Maybe it was because seeing her again had made me feel free and had allowed me to see how much I had grown up.

That was the last time I saw my biological mother before she died two months later. I did not go to the funeral because the way I saw her on graduation day is the way I wanted to remember her for the rest of my life

Ryan Small is a freshman at the University at Albany, SUNY. He wrote this piece as part of a Flip Your Script exercise, which offers participants a means of finding forgiveness through storytelling. In a separate post, which will run on Friday, April 13th, Ryan writes very powerfully about how difficult it was to write this piece, but how incredibly healing it was to finally confront the feelings he expressed here. Stay tuned!