Should We All be Taking Adderall to Improve our Focus? 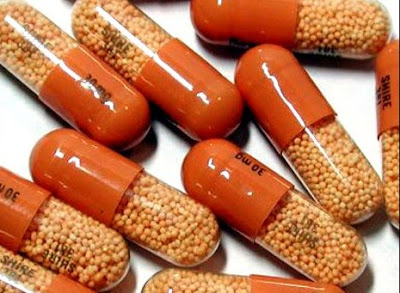 It was one of those revelations that leaves you saying to yourself, "duhhhhh, where have I been?"

And when the classroom discussion was all over, I was asking myself, "where are we headed?"

In retrospect, the revelation really should have come as no surprise. Students have been using illegal drugs for a long time.

But still, I was clueless nonetheless to the fact that so many college students routinely pop Adderall -- a prescription drug used to treat Attention Deficit Hyperactivity Disorder -- and use it to amp up their ability to study for tests.

The revelation emerged during a student presentation in the happiness class I am teaching this spring.

Students been doing class presentations for the last couple of weeks. We've heard some terrific presentations -- one student discussed NBA coach Phil Jackson's book, Sacred Hoops, in which he describes his Buddhist approach to training his professional basketball players. Another student described laughter therapy, and described how Norman Cousins (author of Anatomy of an Illness) laughed his way back to health. We heard an astonishing presentation on Jill Bolte Taylor's new book, My Stroke of Insight, in which Taylor, trained as a brain scientist, wrote about the massive stroke she suffered at age 37. (If you haven't read the book, or seen the video about Taylor, you should, as Bolte Taylor witnessed her own stroke, blow by blow, and then experienced a deeply mystical "right brain" experience that changed her profoundly.)

We also have heard terrific presentations on Thich Nhat Hanh's Peace is Every Step, Jon Kabat-Zinn's Wherever You Go, There You Are and Sharon Salzberg's Lovingkindness, all fabulous texts.

One student led us through some remarkably relaxing art therapy exercises.

But it was last Friday's presentation, on how the prescription drug Adderall can dramatically increase a person's ability to focus, that really has me shaking my head.

The student who did the presentation has been taking Adderall for ADHD -- a disorder characterized by hyperactivity and the inability to pay attention -- for several years. But the discussion quickly diverged into a discussion of how effective the drug can be for people who have NOT been diagnosed with the disease.

Suddenly, I wasn't the teacher in the classroom anymore.

Instead, I was sitting there learning from my students, many of whom volunteered to talk about how they have bought the drug Adderall in the library -- paying maybe $10 a pill -- so that they could use the drug to study for tests.

I was, to say the least, a little bit shocked.

In retrospect, I shouldn't have been. In a Google search later on, I found numerous reports going back several years that describe the way college students pop Adderall. Estimates vary, but as many as one in five college students admits to using the drug to help them focus.

In my classroom, I was shocked by how many students had used it, or know students who do. The students agreed that the drug can help them focus, but there are downsides too. Beware what happens if your attention gets locked on the wrong thing. One student described taking the pill and then getting distracted cleaning her dorm room. She never did get to the studying.

I think perhaps the most distressing part of the class was the discussion that focused on whether people should take Adderall to help them in the quest to become more mindful. A central focus of our happiness class has been the practice of mindfulness -- the class has included a once-weekly lab in a program called Mindfulness Based Stress Reduction (Jon Kabat-Zinn developed MBSR some three decades ago to help treat patients with chronic pain and anxiety. It has been a very effective program.)

Anyway, the question arose at the end of the class: if Adderall increases the ability to focus, and the ability to focus helps us learn how to become more mindful, then wouldn't it make sense for everyone to take a small dose of Adderall? Wouldn't the drug help increase our ability to develop mindfulness? Wouldn't we have a leg up when we attempt to learn meditation?

To the question, should everybody take Adderall, this student answered: "I think I'd say that if we [as a society] put it [Adderall] in the water supply, the harm that would come from it would be much less than the benefit."

Now that's one heck of a provocative -- and perhaps a totally preposterous -- idea. By the time the student made that statement, we had already run over class time, as we were all so wrapped up and fascinated by the discussion that we hadn't been looking at the clock.

This idea -- that we could all boost our natural ability to focus by taking this drug -- is disturbing (later the student himself acknowledged that putting it in the water supply "would be atrociously unethical.")

And yet, when you stop and think about it, it's not like we don't use all kinds of drugs in this society -- including lots and lots of alcohol -- to improve our performance, or alleviate our pain, stress and distress.

Later, I asked Lenore Flynn, the nurse who taught our Mindfulness Based Stress Reduction class this semester (she's been teaching MBSR classes for years), what she thought about using a drug to increase the ability to focus. She responded with a question of her own. Adderall, like many drugs, "changes the brain," she said. "But does it change the heart?"

"Back in the 60s," she said, "many people thought that LSD and mescaline could transport them to higher levels of consciousness but soon found that these were transient states dependent on the drugs to sustain them. Actually, they found the crash took them farther down then they were before."

In some cases LSD users turned to meditation to find a true spiritual path.

I've decided that we'd better find time to revisit this issue before we conclude our class on May 2nd!
Posted by Claudia R at Tuesday, April 19, 2011