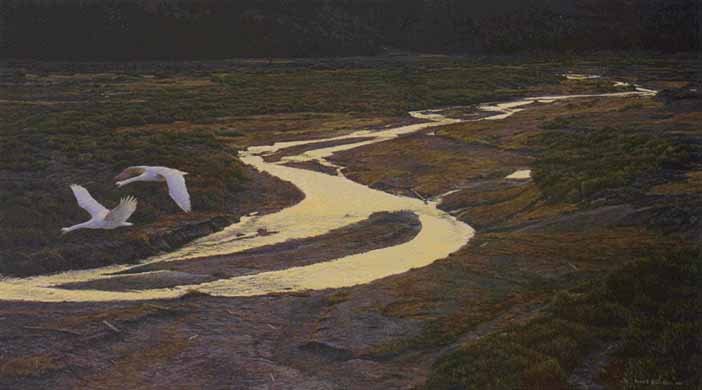 It’s 2:30 a.m. and I am staring at the ceiling,
wishing for the arms of an old friend.
She had eyes that could rest a weary mind,
and a smile that could ease every terror in my head.

Once we were desert soldiers
who got caught up in a desert storm. 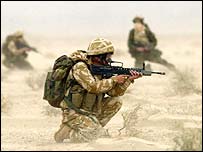 But those days seem so far away as I paddle this river of swans,
where the spray is cool and wet and not metal hot,
and the only planes are jet liners coming in and taking off,
and the only screams are the swarms of cockatoos,
taking this tree then the next,
and not the screams of girls and boys too young to down a beer in a bar,
but old enough to take a bullet in the chest.

And while some friends sleep for ever,
I hardly sleep at all,
I just lie here staring at the ceiling,
waiting for the sun and the kookaburra’s call.

Michael Ryan lives in Perth, Australia. He works as a contracts analyst from nine to five and spends his free time kayaking, attending to ten fish tanks and doing a lot of underwater photography. He also has a talking parrot that always says the wrong things at the wrong time.
Posted by Claudia R at Monday, July 03, 2006