BACK TO THE TOP OF THE ITALIAN DOLOMITES WITH ANDREA CEOLAN! 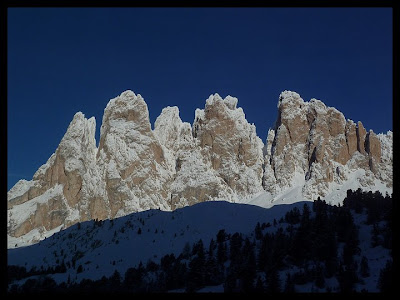 Italian mountaineer Andrea Ceolan and his skiing buddies live at the top of the world.
Or at least, they visit the airy --and snowy -- mountaintops all the time, no matter how frigid the temperature gets.
Fortunately, Andrea takes along a camera to capture remarkable views of these astonishing mountains. And he is happy to share his breathtaking photos with us mortals who occupy the realm below, slogging through ordinary snow and ice on roads and sidewalks and parking lots and streets.
Andrea is the son of my Italian friend, Irma Setti, who lives near Bolzano, Italy just kilometers from the Austrian border. That part of Italy -- with mountains that are needle sharp -- has been back and forth between Italy and Austria through the years.
The people who live there speak Italian, German and English. They eat more polenta than they do pasta. And many of them, like Andrea, are blonde. 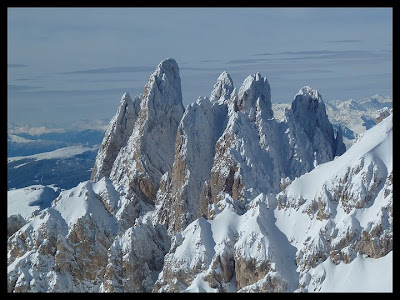 Irma -- until she retired a few years ago -- used to work for the Italian postal service. She was officially my penpal when we first "met." But I speak and write virtually no Italian, and her English is a bit limited. So we had our challenges being pen pals.
Mostly we exchanged postcards.
In the summer of 2006, my husband and I traveled to Bolzano -- or Bolzen as the people there say -- and we took one heck of an amazing all-day hike in these mountains with Irma, her husband Elio, their son, Andrea, and Andrea's wife, Claudia, who is expecting their first baby any day now. 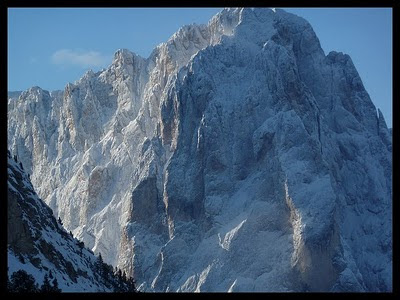 This past October, Irma and Elio spent several weeks traveling around the western U.S. Then they flew to Albany, New York, and we picked them up and they stayed with us for a few days. We proudly showed them our "mountains," and took them on hikes in the Berkshires. They told us that we live in "paradiso."
Uh. Paradiso? Well, sure, Columbia County, New York is absolutely magnificent, especially in the fall. But Bolzano? These mountains?
They have plenty of paradiso in their own backyard.
Irma wrote me a few days ago, after I posted the first batch of Andrea's dazzling mountain photos. She told me that she thinks her son is a little crazy, scaling mountain peaks in the middle of the winter the way he does.
Maybe. But Irma, I have to say, I think more of us should be crazy the way Andrea is. Our world would probably be a whole lot better off if we were!
Un milone grazie Andrea! 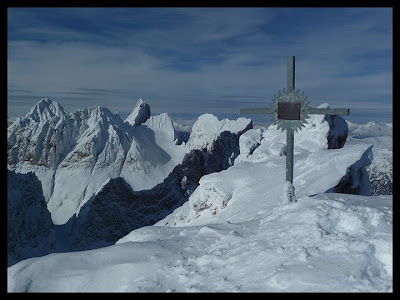 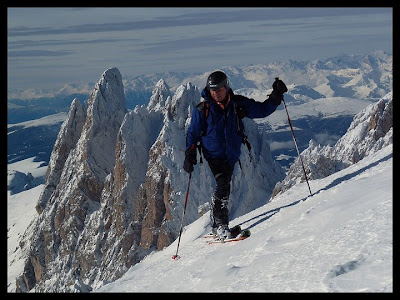 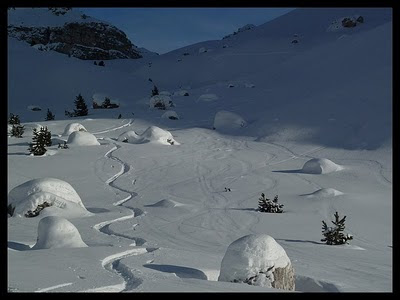