How My Finger Taught Me the Meaning of Life

I decided I just had to write a story about my finger.

Honestly, what happened to it a few weeks ago was such a rare and instructive event, it really warrants a story. And it kind of points us all forward for the New Year.

So it all began on December 8th, when I was teaching an art class at my home. We were finishing up a paper maché 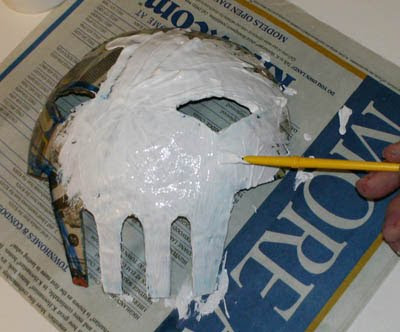 project and doing some painting.

So things are finishing up and I am bustling around the kitchen washing paintbrushes and dabbing paper maché paste off the floor. My son has just come in from school. I offer him a Danish from a plate of airy, seemingly angel-spun delights, when a class member suggests that we warm it up for him -- make the sugar “melty.”

A few moments later, I hear my son say, “Mom, it’s so hot I can’t get it out of the toaster oven.” In my classic routine fashion, I whirl from the sink to the oven and grab it in one fell swoop, like it is a warm muffin. (My sister and I call this move where we go from cabinet, to appliance, to oven, and back to sink, in a single pivot-like movement, often while balancing on one foot, kitchen Thai-chi.) 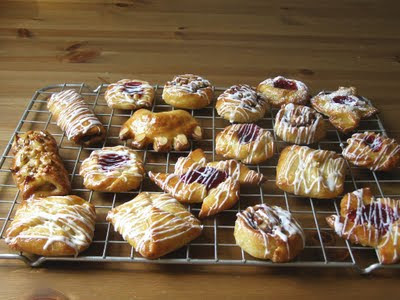 What I did not realize in that moment is the nice “melty” sugar was now at about 250°. Later, of course, my mother’s words from the day long ago when we made candied apples, about how hot sugar could potentially cause a burn to the bone, did come back to me. I was 10, and my siblings 8, and 6 at the time, but she really made an impression with the bone part. The next day, my math-whiz friend would give me the numbers: boiling water 212°, boiling sugar, “probably at least 250°.” And it was boiling; my son witnessed the sugary bubbles.

What followed was a scene with horror-movie qualities. I rushed to the sink feeling the searing pain and ran my hand under the cold water for a very long time; in fact I would have stayed there through the night if I could have. Thankfully, the burn was confined to a single finger, because the skin looked as melted as the sugar on the Danish.

Almost immediately, it began to hang in a white flaccid pouch that I can only describe as wet cheese cloth -- there was like, about an inch of it. I was thinking, wow, this isn't too bad, (since the pain had diminished by 50%). But then, I saw the look on my son’s face and heard him say "ER." There are some details you don’t need, so let me segue to a few hours later. I will say this: I did not bother with the ER.

After about an hour and a half of ice water and pampering, I slathered on the triple antibiotic cream and a huge Band-aid and called my mother -- who is an RN -- with a report.

Without any visual assessment, my mother was naturally cautious in her response. But she was not alarmed. That was good. Then I Googled the keywords from the incident: sugar, burn. I was surprised to find that I had done precisely the right things, cold water, not ice, triple antibiotic cream, ibuprofen for inflammation, because the finger had been practically in flames, I reasoned.

In the wee hours of the next morning I awoke with a funny feeling in the finger and cut off the Band-aid to see if what I was imagining was accurate, and it was, my finger had doubled in size, the burned area, the bottom two thirds of the back of my right ring finger, was now one BIG as in GIGANTIC watery blister.

And the blister grew.

On the third and fourth days, I sent a series of photographs to friends via email to document the growth of this finger blister which resembled a fetal sac. (I still have those photos of course but I will spare you.)

Let’s just say that after I emailed these photos, some friends were aghast and horrified! One suggested that I rush right over to the ER to see a doctor! I assured this friend that my mom was a nurse and had assessed the situation and that my finger didn't demand a hospital visit.

Then, another dear friend reminded me that I had been very frenzied as of late and that my finger injury, while a bit grotesque, had provided me a very good reason not to “do” but instead just to “be.”

And in a way, I have just been just “being” ever since then, kind of observing more, reflecting some, resting a lot and listening. Sometimes what I hear are echoes of a voice in my very own head telling me things that I had not considered.

Maybe I need to hear these things. (I think that’s what my dreams are, echoes from the day.)

If it hadn't been for my finger injury, I wouldn’t have recognized the echoes. Had I not been burned I would not have slowed wayyyyyyyyy down.

SO there you go, a great lesson for all of us for the New Year. Let's all try, without burning our fingers or doing anything else damaging, to slow down just a bit, and appreciate the very little things. The moment by moment miracles and joys of life.

HAPPY NEW YEAR! And may all your sweetest dreams come true in 2011!

Artist Kellie Meisl, who lives in Pittsfield, Massachusetts with her husband and son, Ben,

relies on dreams as a springboard for her work. She uses paint, reclaimed wood, found objects and collage, and has created most of her pieces over the past decade for community causes. Her intricate wire sculpture, a mermaid called "Awareness," 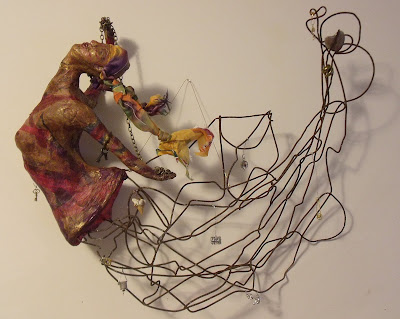 pictured here, was purchased this past fall by Pittisfield Mayor James Ruberto during the Think Pink Breast Cancer Awareness Exhibit in October. In 2009, she published her first book, Dream Stories: Recovering the Inner Mystic. Kellie can be reached through her website:www.kelliemeisldreamart.com, where "How My Finger Taught Me the Meaning of Life" appears in its entirety. Kellie Meisl's image, "Shattered Cups," provided the cover image for the novel, "Seeing Red." 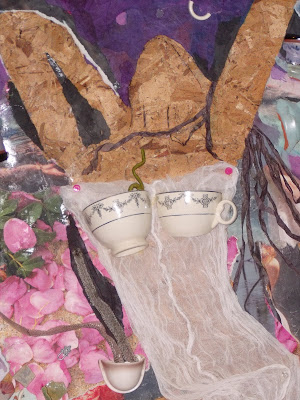