Thousands of Children Are Starving in China -- and One Incredible Chinese Student in the U.S. Trying to Help 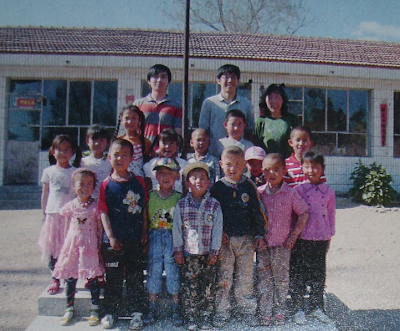 Jiancheng Zhu was born and raised in Shanghai, the largest and historically, the most modernized city in China. In 2006, he was admitted to Nanjing University, one of China’s top three universities; he transferred to the University at Albany, SUNY, a year later, where he majored in economics. When he graduated in May, 2010, Jiancheng was honored with the Award for Excellent Academic Achievement in Economics. The essay that follows is one he wrote as part of his application for law school. The children pictured here are in the Wangguangliang Hope Primary School, in Shagudun Village in the Hebei Province of China. Zhu took all of these photographs. The one below shows a kitchen in the school; shockingly, Zhu says that some of the kitchens are even worse than this one!

In 2006, during a visit to Gutun Hope Primary School, in Gansu Province, China, I witnessed Uygur children washing moldy pieces of bread with tap water and eating the core of the bun. Seeing that I was shocked by this, the Han principal tried to comfort me by explaining that it was not a rare occurrence. He educated us to the reality that there are 2,755 Hope Schools located in the most poverty-stricken areas of China.

These schools, which have more than 300,000 underprivileged students, 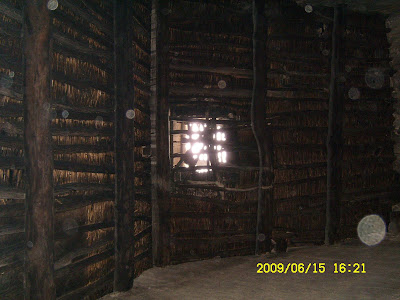 mainly rely on private donations and scarce government aid. More often than not, local government officials use most of the donations to construct expensive buildings in order to demonstrate their success in office, leaving the schools insufficient funds to pay for even the most basic needs of the students, needs like food and hot water. Pictured here is a typical kitchen in the Hope schools. In some schools the facilities are even worse. I saw one teacher

who set up a stove in the classroom where she would reheat buns that the kids bring to class everyday.

Distraught by all that I had seen, I gathered a group of friends to try to improve the situation of these young students, by bringing adequate regulations and oversight from the government. After our reports were rejected by the local Ministry of Education and the Poverty Relief Office, we realized that reporting one or two of these individual incidents would not be convincing enough to raise awareness about this critical problem; nor would it be enough to bring about the change we wanted so desperately to see. We decided to do a research project on how funds were appropriated to meet the students’ needs. In so doing, we hoped to demonstrate very clearly the magnitude of these injustices and persuade authorities to resolve these fundamental issues. Our research proposal, submitted in March 2007, garnered the attention and support of a an international foundation devoted to youth development. This represented a small victory for our group in that we were granted the right to continue our research under the supervision of that international foundation.

However, our research would have to be limited strictly to possible improvements that could be made on the canteen facility and to the students’ nutrition intake. 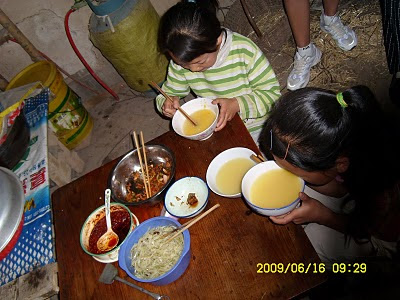 Despite the limitations imposed on us, we were determined to bring change into those children’s lives. 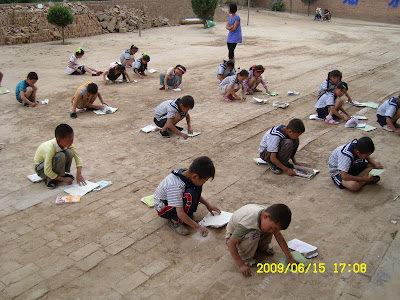 ">I was mainly responsible for gathering information for analysis in two forms: a questionnaire and direct interviews. I conducted a thorough evaluation of more than 1,700 pages of documents which included policies regarding students’ diets, taken from government data in the U.S., Britain, Brazil, Chile and Indonesia. I also developed seven different questionnaires, each uniquely designed to correspond to different regions’ varied eating habits and religious customs. Each was very carefully drafted. A total of 300 questionnaires were then sent to 300 carefully selected representatives of the Hope Primary Schools. According to a staff member of the Communist Youth Committee, it was “the first questionnaire that has all questions regarding the students’ welfare rather than how to make the government look good.

In addition to developing and distributing the questionnaires, I conducted a month-long field study, visiting 27 different schools located in 22 different cities of the six most impoverished provinces. During the process, I interviewed some 27 school principals and 81 students, whose ages varied from five to 12 years. We also had a meal in each school we visited. Four kinds of food were presented at almost every school: flour, pepper, potatoes, and cabbage. In one school, we tried to add beef to school lunches, but the beef was left uneaten by most kids for a reason we could never have imagined: they didn’t know what the beef was!

This astonishing fact was not rare, according to the data that we later retrieved from the questionnaires. 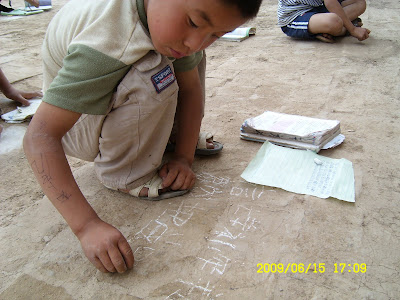 During one of the many interviews we had with local government officials, I raised questions about the allocation of the donations. Like most of those authorities being interviewed during our research, this official was evasive at first, and then presented us dozens of reasons why the money was spent the way it was. None of the reasons mentioned the kids.

The seven -year-old boy from Gansu who hadn’t washed his face in six months, the girl we met in Shanxi who had been eating only one scant meal a day, and the principal in Hebei who spent all his income to feed his students kept reinforcing my passion to bring change into their lives. It became an important obligation for me and my colleagues to bring changes, no matter how small, to the lives of these malnourished, sometimes neglected students. We presented our report to the members of the foundation board in July of 2010, educating these officials to the fact that hundreds of thousands, if not millions of school children are starving every day. The board has responded by launching a more detailed and strictly-enforced meal plan for each of the Hope school students. However, changes that are more fundamental are still urgently needed.

This research project has been one of the most important experiences of my life, and it convinced me that I want to continue to make contributions throughout my professional career. I have chosen to pursue a law degree because only through law, can I bring more fundamental change into the institutions that serve and control the underprivileged in China; only through law will I bring the kids and millions of others the help they desperately crave. I am motivated to use my analytical skills and my abilities to work with people of different ages and ethnicities to unveil the truths of otherwise neglected situations. Above all, I was driven by my immense passion and gratification knowing that the outcome of my work might be able to benefit those less privileged.

My passion for public interest and human rights issues stems from my long-time family background. More specifically, my father was involved in political reform in China in the 1990s and my mother has been a devoted member of the China Democratic League for 20 years. I was raised to believe in dissent in a country that stresses uniformity. I am deeply resentful of the status quo in China and the way it favors the rich and despises the billions of poor. I have witnessed the effects of government excesses in my own family: my grandparents were forced out of their homes by the government.

Thirty years ago, my country was demanding technology and advanced business skills; today, what it needs and what the world needs is to have China develop a better legal system and a constitutional government, which I would like to devote my life to bringing into reality.