"Writing by the Seat of One's Head" 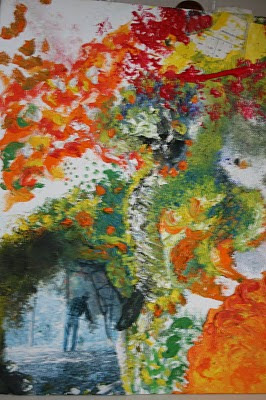 Writing, for me, is the result of intense preparation. Of living in the character, the story. And, sometimes, of real wing-and-a-prayer thinking.

Progressing with the work is safer that way; less the product of fickle inspiration. Wanting inspiration ain’t having. Not reliably. So the confidence that comes from total immersion in the created reality is much more reassuring for me. Most of the time, I step into the story already knowing what the story wants to be, what the characters have to feel, what the chapter needs to accomplish.

Most of the time, that preparation is also reflected in these posts. I usually sit down knowing what the topic will be. It’s a process at odds with the fact that I almost NEVER rewrite what one reads here: What you see is pretty much exactly as it comes out of my head.

After nearly 300 posts—most of them offered up daily—sometimes I wonder what more there is to write about (although the daily changes a writer experiences offers as many possibilities as it does challenges.) That “what the hell do I do next?” moment made this morning all the more interesting.

Today, I came to the page with nuttin’. Not one thought, not an idea, not an image, not a word. And this is what came of it. Whether it’s saying anything worthwhile…well, that’s for you to decide. But it was an interesting exercise in self-exploration. An awareness unto itself. A discovery of what can happen when one looks into a mirror and sees nothing reflected there. Through all of it, the love remains. The hope remains. The living, breathing thing that is the word-lover in me remains. That is what I conjure and call upon today.

Maybe there’s more in my head than I know. Maybe not. Writing from the seat of one’s head requires utter and unrestrained trust. One can only hope that the trust is warranted.

Writer Lynn Biederstadt, who lived for 32 years in New York City, is now living in Missouri. She has been writing since she was seven years old and composed her first full-length "book" at age nine. She became an advertising professional at age 18 and her books have been published by Putnam and St. Martin's Press under the imprint and mentorship of Richard Marek. Her books have been translated into four languages. She blogs about writing at skydiaries.wordpress.com.