Taking the Open Mic by Storm

THE BLUE MONKEY on Hayes Street in San Francisco, 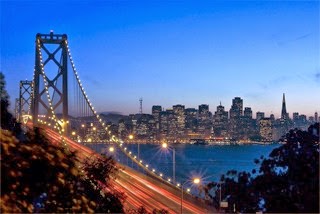 There it was. One whole wall depicted vividly a jungle scene, the green, the dew on the leaves, the sun pushing light through the plants. There in the middle of the room was an enormous Blue Monkey clinging to the trunk of a tree. His face turned to contemplate the busy goings on in the café.  His eyes opened wide, surprised.

The place had changed hands. Alba had questions. Nobody knew the answers. Why it had been sold was a mystery.  But THE BLUE MONKEY kept attracting people. Bob became a frequent reader. He came at first with two, three people. Women. Late twenties, early thirties. Attractive, excellent full figures, curvy in just the right places.

The first time Alba saw Bob and his friends, they had signed on the open mic list under his name. When he was called, one of the women got up and danced a most lovely, voluptuous number. Scantily dressed, she floated around the café aided by two pieces of gauzy cloth. Her performance was received with exuberant enthusiasm. The temperature in the café reached new levels.

In the following weeks, different people took the lead on the open mic, managing the readings. One night a woman was at the podium, 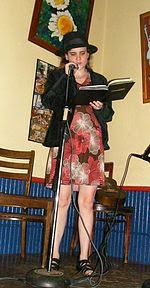 assertive, organized. Her name was Jeannie and from that moment on THE BLUE MONKEY took off in a meteoric run. It was lots of fun to be there.

People read joyfully, giving it their best. Jeannie was totally dedicated, paid out of her own pocket to make printed flyers and postcards. She also made sure the readings were posted in all Bay Area newspapers. She also invited literary figures to come listen which resulted in their work being published. Like Alba, who presented a poem.

One night Jeannie materialized by Alba’s side and said, "I want to feature you, to read with Alain Mc Kodak.  Alain is established as poet and writer, he's well known. He wants you because you are new at this." This amused Alba, who knew that Alain wanted someone who wouldn't be better than he was.

She said yes to Jeannie. On her way home Alba laughed out loud. She thought, hmmmm, she thinks I’m not good enough on

Well, I know am good. I’ll be great. What’s important is that I’m featured at the HOTTEST venue in San Francisco!

The Café was standing room only. Alba had worked the phone inviting everyone she knew. She was so grateful they responded. The reading was just great!

All my love. Thank you everyone! My roses are keeping me company 'till I do open mic again!  Meanwhile I practice...

Camincha is the pen name for a prolific California writer. This piece is an excerpt from her novel, "The ‘90s, Golden Era of Open Mics." Stay tuned for more excerpts!
Posted by Claudia R at Friday, March 28, 2014 1 comment:

I've heard about the THIRD EYE before but now...... 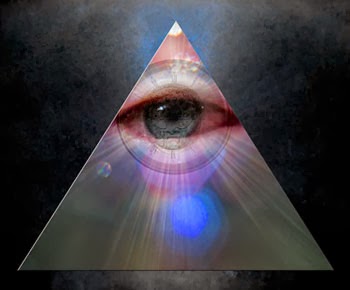 Eye saw
some from the front
head on straight
but always shape-shifting.
I would turn my attention to the image
and voila, it would disappear!
And a new eye would
appear in its place,
as if the eyes were melting
pooling into water.

I have heard about
the third eye
and its connection
to
a mystical and esoteric concept referring to a speculative invisible eye which provides perception beyond ordinary sight.[1] The third eye refers to the gate that leads to inner realms and spaces of higher consciousness. 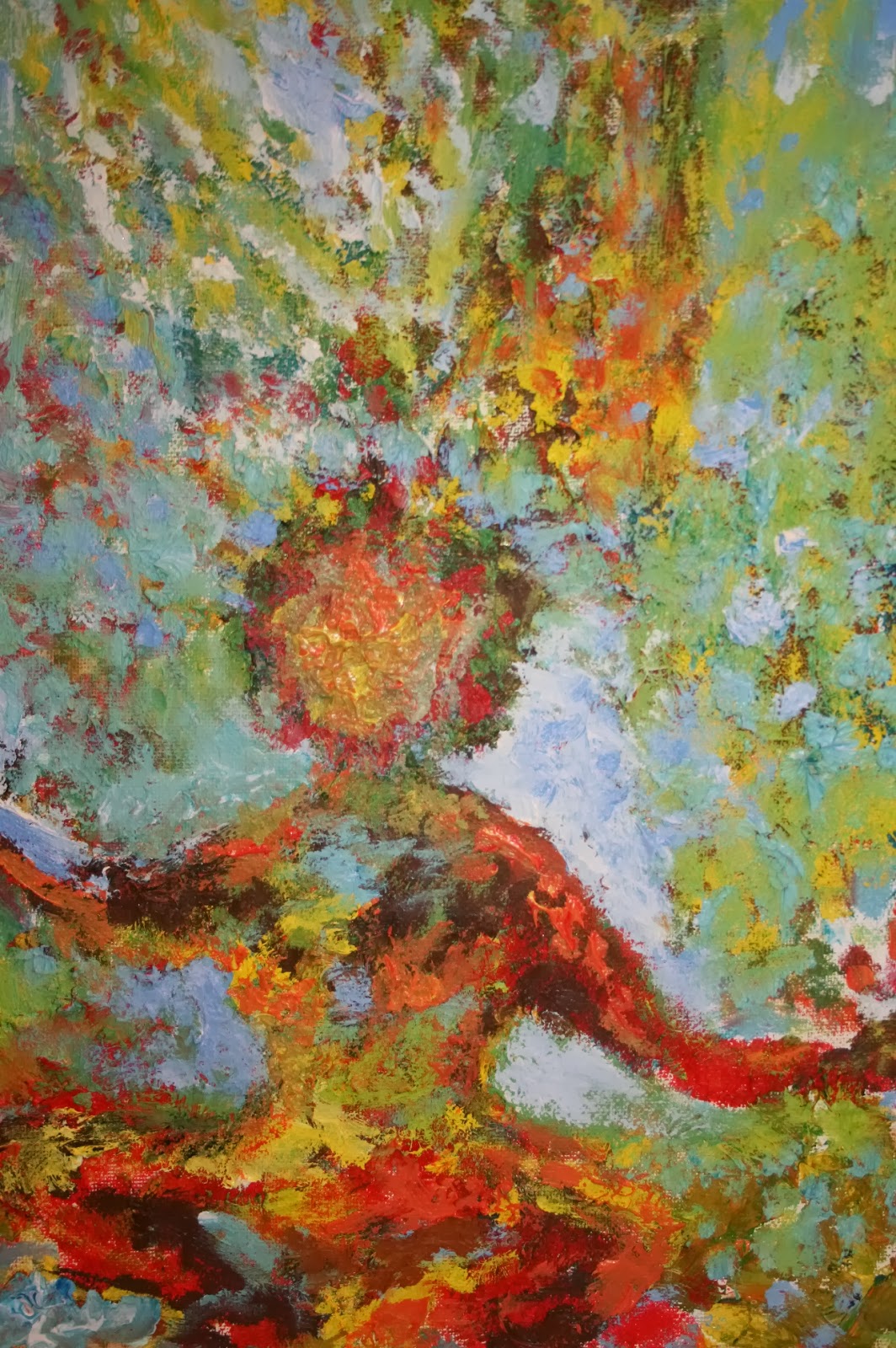 these eyes.
I feel deeply grateful that
every time I close my I's
Eye can conjure another
I.