There was a brief rainstorm tonight and as the rain moved away, it left an amazing sunset in its wake. 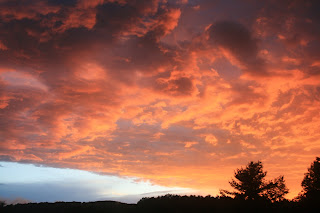 How High Does the Collusion Go? I Bet it Lands in Trump's Lap!


I think the collusion goes all the way up to Trump's back door.

It's been two weeks since the mess started and I haven't written a word about it.  I figured that trillions of words were being written by so many others - no need for any additional verbiage from me.

But when I saw that photo of him wearing a yarmulke yesterday and standing before the Wailing Wall in Jerusalem, I flipped. 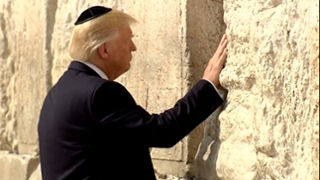 No other sitting President has staged a photo op at this most sacred of sites in Jerusalem.  And here, he has the nerve to do it. Give me a break. He is so decidedly not sacred.

Supposedly he was praying. I guess if I were facing the disaster that is his presidency right now, I'd be praying too.

Like so many people, I've been glued to MSNBC every night for two weeks, watching one red banner after another at the bottom of the TV screen, endless breaking news about Trump's attempts to quash the FBI's investigation into the collusion between his campaign and the Russians.

Each day he digs himself deeper into the morass.

As MSNBC's Chris Matthews suggested, Trump has been trying to run the government as if it's one of his companies, with everyone working for him. When FBI Director James Comey refused to toe the line, Trump uttered two of his favorite words on TV: "You're fired!"

Well, it ain't working that way for him anymore.

Last night, MSNBC raised the obvious question: why is Trump trying so hard to suppress the investigation? Doesn't it make sense that he is personally responsible for the collusion?

It certainly makes sense to me.

Those of us who lived through Watergate can't help drawing connections between that momentous episode and the one unfolding with Trump.

I was a junior in college when Nixon tried unsuccessfully to fire those investigating his coverup. In a very real way, Watergate affected my life. I was a biology major, intending to apply to medical school But I was also keenly interested in journalism. (I worked at the campus radio station.)

In the summer of 1973, during the Watergate hearings, I was taking organic chemistry at the University of California, Berkeley. That fall, I took a semester off, trying to decide if I really wanted to be pre-med.  I spent the semester working as a secretary at a Berkeley hospital. Meanwhile, I interned at an alternative weekly magazine across the bay in San Francisco. 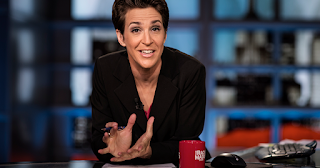 I came to see that reporters chasing good stories aren't typically motivated by such lofty ambitions.

But now and then, with some top notch investigative reporting, the media uncovers corruption or reveals some egregious violation of the law that affects million's of peoples' lives.

Watergate and Love Canal -- the uncovering of a massive toxic waste dump that sickened thousands in a Niagra Falls, New York neighborhood -- were two of those investigations.

At those moments, it give me such great pleasure to see the villains twisting in the wind.

Mr. Trump, hire some good lawyers for yourself. And prepare for your demise.

The French make better baguettes than we do too...

If you want to read a fabulous new book about three famous novels and their "landscapes," then you need to come to my friend Sharon Flitterman-King's book signing this Sunday! 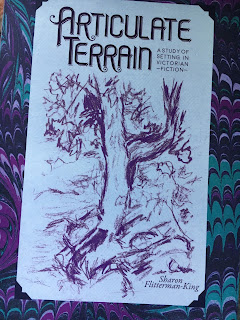 Sharon Flitterman-King, Ph.D., has written a brilliant account of the three amazing novels -- Wuthering Heights, The Mill on the Floss and Tess of the d'Urbervilles -- and how the authors created settings that feel so real.

When I wrote my first novel, Dreaming Maples, I felt like I knew the Vermont sugar bush where it took place. In fact, it felt as real as my own backyard. I could see the white farmhouse, the trees, and the fields that sloped up to the sugarhouse. (I could also imagine all of the characters.)

Now Dr. Flitterman-King has written a definitive book -- ARTICULATE TERRAIN -- about this very topic. Relying on the works by Emily Bronte, George Eliot and Thomas Hardy, she has demonstrated how the authors relied on landscape or setting to inform these great Victorian novels.

"Ideas of place reflect ways of seeing," Flitterman-King writes. "This study of setting... examines fictional place from the phenomenological perspective. It sees created space as the unique translation of each author's perceptions of space, time and fact. Through this study, the worlds of the novels become necessary landscapes, or articulate terrains, guiding us to see more clearly each author's own world view."

The book served as Dr. Flitterman-Kings' doctoral dissertation in English from the University of California, Berkeley. She also earned her BA (Phi Beta Kappa) and MA from UCBerkeley.

In addition to Articulate Terrain, Dr. Flitterman-King is the author of A Survivor's Song, a wonderful story about a young girl who survives the Holocaust in the home of a friend.

Come to the book signing and meet this author on Sunday, May 7th from 2-4 p.m. at the Great Barrington Bagel Company, 777 South Main.

Articulate Terrain is available on Amazon. It is also available through The Troy Bookmakers, the publisher of the book.