Where are the Birds?

It's been three long weeks since we hung the bird feeders.

People told us to expect it to take a few days, or a week, before birds would arrive.

A week went by.

A second week went by.

How could this be, when we live right next to a peaceful wetland, a beautiful meadow.

After two weeks, we moved the feeder -- with four bird houses, each one chock full of black oil sunflower seed and suet -- into the trees at the side of the yard.

A week went by. No birds.

We called friends and told them what was happening. Everyone said, "Wow how weird that is!"

Before we moved in, the builder had warned us that he had seen a bobcat with two cubs during the summer (so be careful with our puppy.)

I wasn't keen on the bobcat. But I started to wonder what was wrong when there were no squirrels or chipmunks or rabbits or deer or turkeys (we had a family of 25 turkeys at our rental house in Lenox.)

Except for a red-tailed hawk, there wasn't a single sighting of anything moving in the wetland.

Had we so disrupted the landscape building the house that animals were boycotting our land?

Finally, about 10 a.m. this morning, there was an explosion of birds: 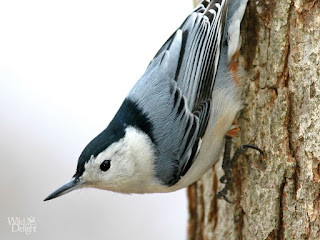 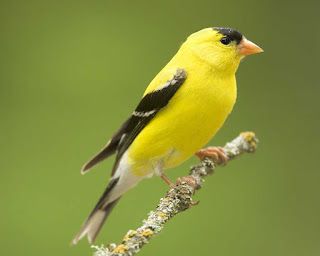 Oh, and at least one squirrel.

It's just taken a little bit longer than we expected for the forest creatures to arrive.

Mother Nature has her ways. I have to learn to be patient and accept them.