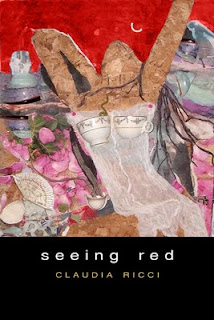 "Claudia Ricci is an exceptionally talented author who has the ability to elicit a long groan and a surprised laugh from a reader in the same breath. Ronda is fully fleshed and authentic, she is a likable character and through her, we see the pure gold of Ricci's prose in Seeing Red. It's probably the dialogue that was most amusing but the acerbic voice of the narrative that can turn painful moments into cleverly worded quips is a bonus. I'm certain there was a 'Meet Virginia' pun but I was devouring the story so fast I may have just hoped for it. As for ancillary characters, nobody is given mercy in Ricci's witty portrayal but it's interesting that we don't begrudge the character for their failings. Ronda is perfectly imperfect. Ronda's way of dealing with problems is to run, often into the arms of the unworthy, but don't mistake this for a romance novel. Seeing Red is a coming of age for those of us who are coming of age in a different way, and it's beautiful to witness the drive of a person who persists even when she's told, “Lo siento pero no es possible.” Very highly recommended."
Posted by Claudia R at Friday, October 28, 2022 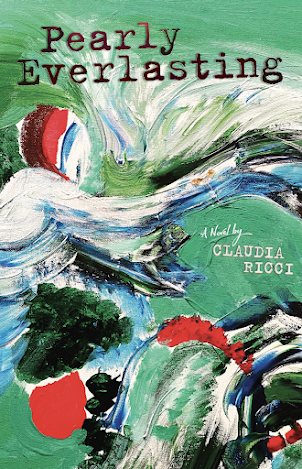