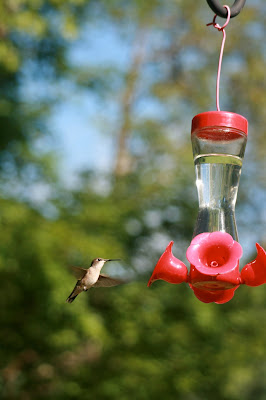 What a week it was for hummingbirds. After one of the feeders broke, I noticed about five hummers fighting like mad over the remaining feeder. So I went out and splurged on a brand new --and much bigger-- feeder.

Now they are fighting over the super duper feeder.

I had no idea how territorial hummingbirds could be. They fight a lot, and it isn't just the males defending territory against intruding males. Female hummingbirds apparently defend their nesting territories, too. http://www.rubythroat.org/RTHUTerritorialityMain.html

All I know is that hummingbirds are dive-bombing like crazy through the backyard. Watching them, even when they fight, it's hard not to smile. 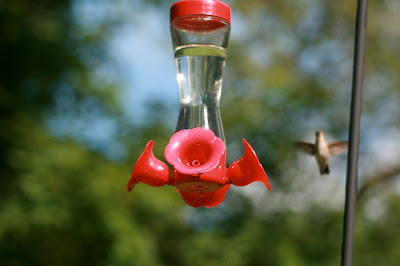