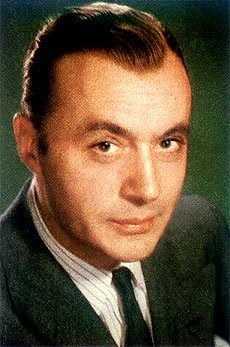 The movies. Mamacita loved them for the beautiful women, mostly blond, in Hollywood productions dubbed from English to Spanish. The women were sultry, curvaceous, twenty-somethings who, when they weren’t dancing and singing in scanty costumes, were part of the workforce going to the office wearing lovely business attire including gloves and hats.

Even the mothers who stayed home were shapely; they kept house surrounded by shiny appliances that dusted, washed and dried, vacuumed and scrubbed for them. The women wore make-up, dresses, pearl necklaces, high heels and a pleasant demeanor and they were always anxious to listen to their hard-working husbands while handing them refreshing Martinis as they came home from a difficult day at the office.

Mamacita also loved the movies from Argentina and Mexico, full of comedians and beautiful women similar to the ones in the Hollywood movies except that these actresses were mostly brunettes. And the language, Spanish, hadn't being dubbed so it was full of the sound of rich strong consonants.

Alba knows now what the attraction was, the movies were a lovely fantasy, a departure from mamacita’s simple kitchen, rustic by comparison to the American, no shiny appliances. And no chance of anyone in her life ever dancing and singing in scanty costumes or her or any other mother keeping house wearing pearl necklaces and high heels and serving their husbands Martinis. Maybe a glass of wine. Wearing a scanty costume?

But the movies that mamacita really, really liked best, were those starring Charles Boyer the French actor, Hollywood’s favorite of the moment who was always elegantly dressed, usually in a suit. His hair carefully combed back close to the scalp. He had a suave, elegant, debonair manner. Velvet eyes that practically undressed his leading ladies and caressed them slowly, gently. Somehow those eyes managed that whether or not the ladies were undressed or not.

Alba remembers Boyer best of all. He spoke with his soft French accent, dropping sweet nothings into his ladies' ears 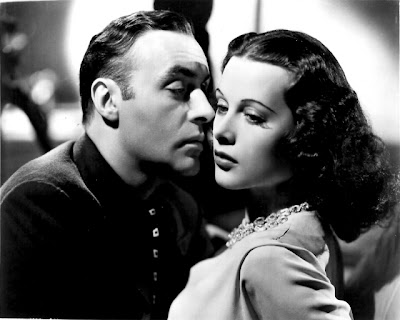 or when looking into their eyes, pausing to listen to them like he had all the time in the world and nothing was more important.

After all these years from childhood to adulthood these memories keep flooding Alba. What was it that happened to mamacita? So strong were mamacita's feelings of connection to her suave leading man. Mamacita walked home from the movies, with her eyes shining. Cheeks flushed. A sweet smile on her lips.

Charles Boyer had that effect on her. Alba knows now, because she was in love with him, too.

Camincha was Featured Author at the 2005, 2006 and 2008 Litquake San Francisco Annual Literary Festival. She resides in Pacifica, California.
Posted by Claudia R at Wednesday, August 11, 2010